Are These Consumer Electronic Plays Worth Buying After Gains?

New video game consoles from Sony and Microsoft might move Best Buy, Panasonic, TCL, and even GameStop up too. 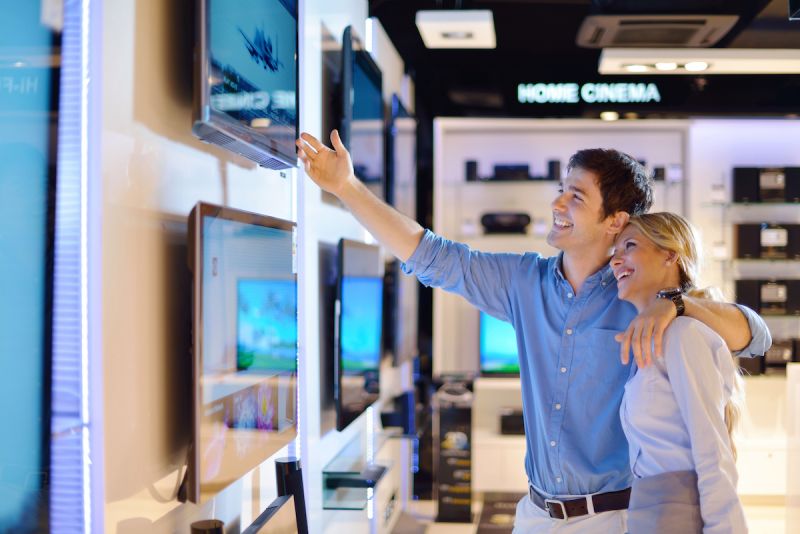 Consumer electronic players, both the retail stores and the products they sell, have succeeded where other retailers have faltered. As people stay home amid the pandemic, demand for electronics has been strong and has become even stronger as the economy reopens and retail bounces back.

After May's surge of 18.2% retail sales jumped an additional 7.5% month-over-month in June, according to the U.S. Census Bureau. For June, electronic and accessories store sales rallied 37.4%, as consumers were eager to leave their houses and pick up new PCs and monitors to improve their new workspaces.

While the consumer electronics market is far from a dying, two big players in the industry RadioShack and Circuit City failed to keep up with Best Buy Co., Inc. (NYSE: BBY). Both of these companies filed for bankruptcy long before the coronavirus crisis, surrendering market share to Best Buy.

But Best Buy does have big competitors, including e-commerce giants  Amazon, Inc. Inc. (Nasdaq: AMZN), and Walmart Inc. (NYSE: WMT). In 2018, Amazon passed Best Buy as the leading electronics retailer in the United States by generating sales revenues of more than $41 billion, according to the online market research firm Statista.

Since its close on June 12, shares of Best Buy have surged 30% to date and is hitting new all-time highs, as investors have been bullish on both Best Buy and the economy more generally reopening.

Best Buy said in the quarter-to-date through July 18 that digital sales skyrocketed 255% year-over-year thanks to the demand in computer appliance and tablets. Overall, sales have risen by 2.5% compared with the same period in the preceding year. Domestic sales are up 2% and sales internationally have surged to around 8%.

While Best Buy has managed to navigate this period of forced e-commerce better-than-expected, the advantage of Best Buy in the consumer electronics segment lies in its brick-and-mortar stores. Consumer electronics like televisions are products that consumers often want to see in person, as well as speak to an "expert" salesperson about the product's strengths and weaknesses.

Analysts are still bullish on the stock even at these levels.

"Overall, we view the announcement from Best Buy as encouraging and clear evidence that the company and its unique and powerful business model have flexed well to contend successfully with recent Covid-19 headwinds in the U.S. and elsewhere across the globe," Oppenheimer's five-star analyst Brian Nagel said in a note to clients following the strong results.

Best Buy has begun to bring back around half of its 51,000 employees it furloughed in mid-June said it is raising hourly wages to all U.S. workers to $15 per hour beginning Aug. 2. This move is not only good PR, but speaks to the company's strength amid the challenging macroeconomic economic reality.

Nagel currently has a reiterated outperform rating on Best Buy with a price target of $105 per share. In the third quarter, he expects Best Buy to post earnings of 61 cents a share. With the stock now trading at an all-time high, the company will likely earn some more market appreciation between now and the time it reports its next quarterly financials. Keep an eye on the stock, but wait for it to drop to around $95 per share before buying.

Sony Continues to Play the Market with Video Game Surge 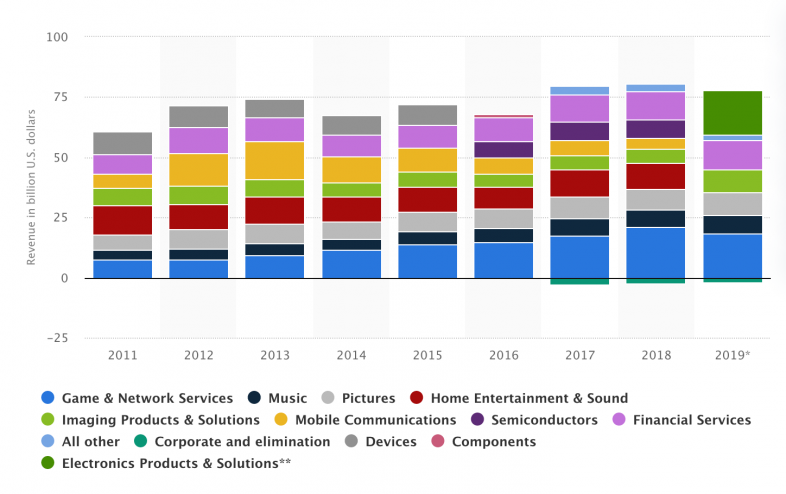 Sony just released a popular game title and is now set to launch its next-generation console by the end of the year. Its new title, The Last of Us Part II, an action-adventure horror game, didn't take long make an impact.

I've been recommending a buy on Sony in early May before The Last of Us hit shelves, which pushed the stock up 31% since. As demand for gaming continues to skyrocket, Sony is now planning to double the production of its next-generation console the PlayStation 5 to between nine and 10 million units this year, as reported by Bloomberg in July. Originally, it had planned to build between 5 million and 6 million units by the end of March 2021, according to previous reports.

Even above $80 per share, Sony is worth a buy. It should continue to see strong demand as it gets set to launch the PS5 by the holiday season.

Engaging in video game sales doesn't guarantee success, just ask GameStop Corp., (NYSE: GME. While the company can cite that global e-commerce sales that soared 519% year-over-year in the first fiscal quarter ending May 2, the company's overall first-quarter was disastrous. Total sales in the quarter crashed 34% to $1.02 billion. The company suffered a net loss of $165.7 million in contrast to a net income of $6.8 million in the same period of the preceding year.

GameStop's struggles as a brick-and-mortar video game store predate the pandemic. The company's stock has been on a gradual slide for the past five years as consumers increasingly buy their video games online.

According to Statista, 83% of all computer and video games were sold digitally in 2018. In August 2015, GameStop watched its stock traded as high $47.83 per share. Today, the penny stock has a market capitalization of under $275 million.

The firms have blasted GameStop's board candidates as "two long tenured directors with largely irrelevant skillsets, no meaningful ownership and a track record of destroying over $2.5 billion in stockholder value."

Now, according to preliminary results, the hedge fund nominees have been elected to GameStop's board. Will a new game plan be put in place?

As bad as things look for GameStop, the company is likely to see some demand around the holidays on sales of the much-anticipated PS5 and Microsoft's new Xbox Series X.

As of May 2, GameStop had $570 million in liquidity. While bankruptcy doesn't appear to be imminent, it could wind up like Blockbuster if it does not evolve and appeal to more gamers. One thing they could change is the abysmal trade-in value it offers consumers—or so say the nerdy gung-ho gamers on Reddit.

The stock is a hold.

Moving away from the video game segment of consumer electronics, Panasonic Corp. (OTC: PCRFY) has recently been troubled by a sell-off of Japanese equities on fears of a Covid-19 outbreak.

Japan-headquartered Panasonic was starting to gain traction in the market for the last two months even after it reported lackluster results for the fiscal year ending March 31. During the period, Panasonic's sales tumbled 6% year-over-year to 7,490.6 billion yen and operating profit plummeted 29% to 293.8 billion yen.

While sales of consumer electronics like televisions didn't look as good as it had in the past, Panasonic's partnership with Tesla (Nasdaq: TSLA) might be what drives the stock up in the future.

The three-year deal it struck with the electric vehicle in June to make and supply lithium-ion battery cells had helped its move in the right direction. Tesla has also amended the general terms and conditions of the partnership, changing the term to mature 10 years after Panasonic achieves certain manufacturing milestones.

Tokyo's benchmark, the Nikkei 225 plummeted 629 points Friday as Governor Yuriko Koike warned that Japan's capital could declare a state of emergency if Covid-19 continues to spread. On Saturday, the Tokyo Metropolitan Government reported a record high of 472 new infections. Before the sell-off, Panasonic was trading at $10 per share, up 40% from the middle of May. Now the stock is trading around $8.50 per share. For now, I would recommend a hold, as more selling could be on the way.

In April, the Hong Kong-based firm reported in the first quarter that television sales dipped to 6.73 million sets, a 20% year-over-year decline. TCL was hurt by most of its stores closing from February to March.

However, the "display-industry consulting institution in China" known as AVC Revo, said that TCL posted a 17% year-over-year surge in export volume in the first quarter. According to TCL, the company beat out all other of its Chinese peers, exporting nearly double the products as its closest competitor.

Also, the company is targeting additional expansion in Brazil. In June, TCL said it would double its stake in Brazil-headquartered joint venture SEMP TCL to 80%. CEO Kevin Wang has said that the company will also "extend our business into other South American countries in [a] larger sense."

The stock in TCL will be one to watch, as shares are up 24% YTD.

Currently, the consumer electronic industry is booming. Retailers like Best Buy are thriving, and as stores reopen, expect its business will boom. But with the pandemic surging across so much of the U.S., a lockdown came come anywhere and at any time, subsequently hurting retailers like Best Buy along with the companies whose products they sell like Panasonic, Sony, and TCL.

Of these, Sony, whose digital video games sales rising, will be impacted the least.

Can PlayStation Continue its Dominance Over Microsoft?

Sony's real challenge will be to continue its dominance over Microsoft's (Nasdaq: MSFT) Xbox. But this time, Microsoft will look to flip things around, as the new Xbox Series X has been noted as the more powerful console when compared to the PS5. Regardless, both companies are going to benefit from the continued demand for gaming, particularly come late December. TCL, Panasonic, and other TV-makers (including Sony) will also see a ride is demand in what is expected to be a very big holiday shopping season financed by stimulus checks and motivated by boredom.

That reminds me I need to make my consumer electronics Xmas list. But first, I need to get myself a new TV. I busted the last one. Turns out, just like the perennially disappointing Mets, TCL televisions fall to pieces when you throw them a baseball.