The videogame developer and publisher has been seeing strong demand from its GTA and NBA titles. 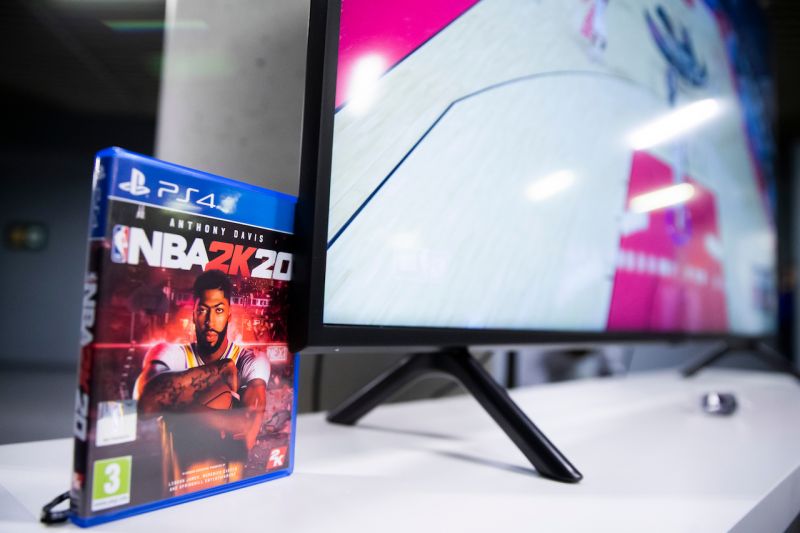 The stock in Take-Two Interactive Software, Inc. rose 4% to $175.06 per share by midday Tuesday after reporting strong sales, as well as profit that nearly doubled in the first fiscal quarter 2021.

The videogame developer and publisher said in a statement Monday after the markets closed that its GAAP net revenues soared 54% year-over-year to $831.3 million in the quarter ending June 30. Net income skyrocketed 91% to $88.5 million, or 77 cents a share versus $46.3 million, or 41 cents a share from the same period in the previous year.

The strong results are because of the high demand its popular titles including "Grand Theft Auto V" (GTA V) and its annual basketball franchise "NBA 2K" have been seeing during a new era of social distancing. Even before the global pandemic, GTA was one of the best-selling video games of all-time.

Take-Two says that GTA V has now sold more than 135 million copies.  Recurrent consumer spending for "NBA 2K" surged 126% to a new record, according to chief executive officer Strauss Zelnick. Plus, "NBA 2K" could even pick up more demand with the return of professional basketball, assuming the season isn't put on hold again or canceled outright.

After the news, the investment bank Piper Sandler cheered the results and raised its price target to $200 from $146 on the stock.

"TTWO's FQ1′21 EPS report painted a picture of sustained oper outperformance due to a mix of top quality content paired w/ current stay-at-home envir. – all of which yielded pronounced upside vs. current Street modeling," the firm said as cited by CNBC today.

It added, "As we progress into the next fiscal yr, mgmt remains focused on fwd content slate as a long-term driver in their control and remains conservative on current oper trends' sustainability. Looking beyond the shelter-in-place consumer envir., we see LT dynamics constructive for the equity returns of the gaming industry".

In the second quarter ending Sept. 30, Take-Two now expects to generate GAAP revenues in the range of $750 to $800 million and net income between $98 and $110 million.

"As a result of our better-than-expected first-quarter operating results and increased forecast for the balance of the year, we are raising our fiscal 2021 outlook, which is poised to be another great year for Take-Two," the company said in a statement today.

Take-Two is set to release NBA 2K21 in September.