The historic reform, motivated by the Luckin Coffee fraud, is a win for the nation's roughly 200 million individual investors. 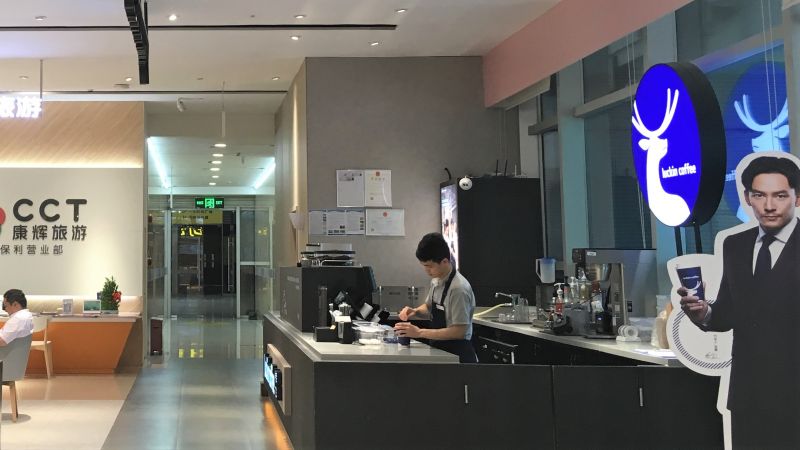 Investors hurt by Chinese corporate fraud get the law on their side this week. Against the backdrop of simmering Wall Street hostility towards Chinese listings, China has just allowed shareholder lawsuits in a step some media called "liberalization" of the bourses.

China's Supreme Court has permitted investors to launch joint suits, previously prohibited, Reuters reports. The process involves some challenges, like going through an investor protection agency that could block suits against state-owned entities, the medium said, but it's a step toward the protection of Chinese investors. It is also a sign to the West, which has a painful history with Chinese firms cooking up their books.

The China Securities Regulatory Commission (CSRC) said in a statement on its website that class action is "of great significance in protecting investors' rights, improving the basic system of the capital market, deepening the reforms of the capital market and maintaining a healthy market."

This is all very good news for China's nearly 200 million individual retail investors, whose trades comprise 85% of all trades, according to Reuters, far more than in markets with more institutional support such as the United States.

A long time coming, the Luckin Coffee scandal was certainly a motivating factor for the passing of this landmark legislation.

Luckin Coffee (OTC: LKNCY), once a $12 billion company and the epitome of a good trade gone bad. This coffee giant, which sought to challenge Starbucks (Nasdaq: SBUX) by aggressive expansion at home, got delisted from the Nasdaq Stock Market just a year after its $651 million IPO. Luckin had a very promising trading run to above $50 per share followed by a hurried demise to $2 per share after uncovered fraud.

The weeks leading up to LK's delisting in late June coincided with the tightening of the market policies, as both Wall Street and Washington looked for ways to protect the U.S. investor. The U.S. nearly threatened to delist Chinese firms amid the simmering Sino-American cold war as just another card up the sleeve – though some experts argued the move would be pointless. In an early July report, think tank Peterson Institute for International Economics said China's integration into global markets will continue, especially as China is opening up for foreign institutions on its end – in yet another sign of liberalization.

The PIIE report said about 230 Chinese firms are currently listed in New York, with a cumulative market capitalization of $1.8 trillion. After the Senate passed the Holding Foreign Companies Accountable Act that would force Chinese companies to submit to PCAOB auditing standards and disclose any ties to the government, a number of firms turned to other bourses and going-private deals.

And these are just other ways to access U.S. capital, PIIE writes. Consider China's classifieds giant, 58.com (NYSE: WUBA), which agreed to the acquisition by an investor group led by U.S. private equity firms Warburg Pincus and General Atlantic. Meanwhile, if a firm turns to list on the Stock Exchange of Hong Kong, it may also attract capital from international investors.

Meanwhile, Luckin's misfortunes were not ended with the delisting, ousting of its chairman, top managements, and restructuring of the board. Chinese Ministry of Finance will impose administrative penalties, The Wall Street Journal reported, after its probe into the company's books and the confirmed 2.12 billion yuan in overstated sales. The U.S. Securities and Exchange Commission (SEC) is also investigating Luckin, and so are a number of U.S. litigators.

On Wednesday afternoon, LKNCY was trading down 3%, at $2.28 per American depositary share. And this time, some analysts, like Luke Lango at InvestorPlace, argue is the time to buy. Lango writes that the company "had a few bad actors" who made up the fraud – but that Luckin Coffee is actually "a very real company" with over 6,000 stores in China.

YOU MAY LIKE
Prev：India Might Ban 275 More Apps, Including AliExpress, PubG, Resso Next：U.S. Regulator Takes Another Step Towards Delisting Chinese Companies