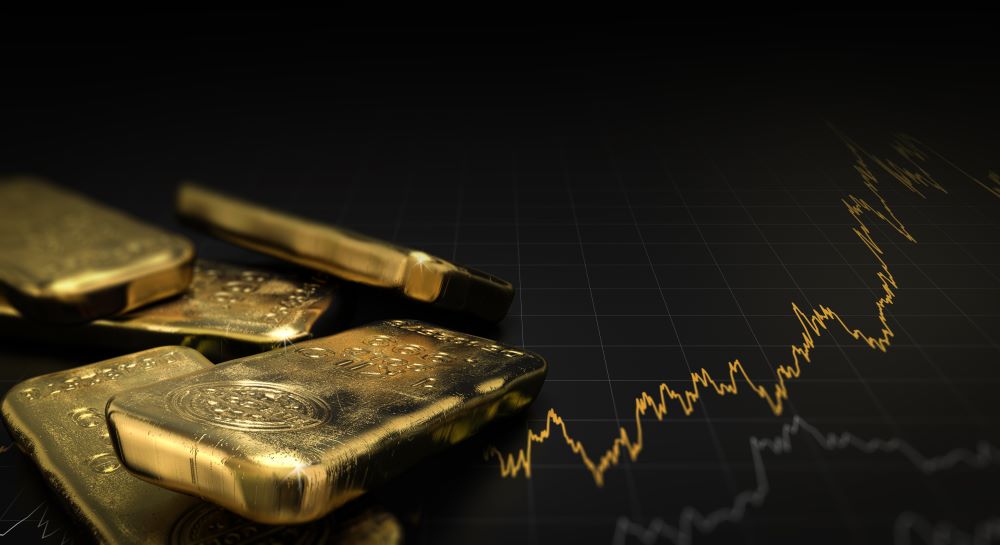 The Oracle of Omaha’s new position in the Canadian-based mining company is worth about $565 million, comprising 20.9 million shares that represent 1.2% of Barrick’s outstanding stock.

Shares of Barrick Gold surged from $26.97 per share on Friday to $30.15 on Monday, a seven-year high for the company.

The decision to invest in gold (or rather, a gold company) during the second quarter represents somewhat of an about-face for Buffett, who has previously questioned why investors would be interested in the precious metal. In 1998, Buffett told an audience at Harvard University that gold “has no utility.”

In addition to the gold mining stock investment, the filing revealed that Berkshire Hathaway has released its holdings in Goldman Sachs while diminishing its positions in JPMorgan, Wells Fargo, and PNC.

By selling the bank stocks and buying gold, Buffett is essentially making a big bet against the economy. While the stock market has fluctuated throughout the year, gold has been surging in the pandemic environment. With interest rates and government bond yields both declining, investors have turned to the safety of the yellow metal.

The price of gold reached $2,000 for the first time in August, with gold miners experiencing higher profit margins on the backs of consistent production.

This isn’t the first time that Buffett invested in precious metals, as he previously bought 129 million ounces of silver in 1997 before quickly selling it.

Buffett’s new bet on gold could have an impact on other alternative investments, namely, Bitcoin. In the past few months, there has been a correlation between gold and Bitcoin, with both assets increasing in value.

Max Keiser, a broadcaster with RT and a Bitcoin investor, suggested on Friday that the price of gold could strike $5,000 and the value of Bitcoin could hit $50,000 with a 1% Bitcoin global allocation.