21Vianet along with other Chinese illiquid firms with lower credit ratings face the most trouble. 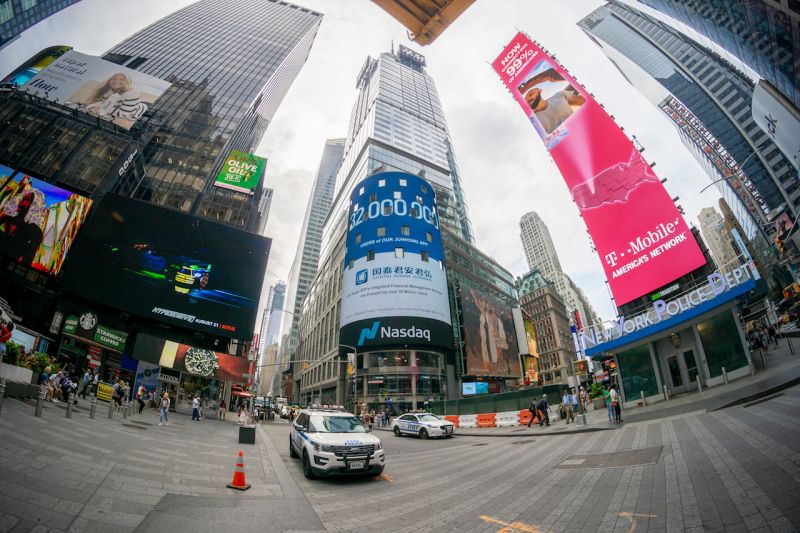 Even if Washington's new requirements force Chinese firms to delist from their exchanges— these companies'  credit ratings will not be severely impacted, credit rating agency S&P Global Ratings says.

The loss of equity funding sources can restrict financing options, or even trigger a scenario that accelerates debt payment. However, Chinese-U.S listed firms have other funding options including potential listings closer to home in Hong Kong or the Nasdaq-style market, known as the Star Market in Shanghai, says S&P credit analyst Clifford Kurz.

"Other global bourses, as well as China's domestic markets, have been setting the stage to attract Chinese listed firms that might no longer trade on US bourses," Kurz wrote in a research note on Tuesday.

He added, "Given alternative options, as well as the potential for dual-listed firms to convert US [stock] into shares in Hong Kong, we do not expect any forced delisting would lead to downgrades."

The Exception to the Rule

There is one Chinese-U.S. listed firm that faces the potential danger of "default triggers" if it's forced to delist—and that's data center services provider 21Vianet Group, Inc. (Nasdaq: VNET). According to the S&P, delisting may force the company to make accelerated repayments of US dollar-denominated debt.

It is also important to note that companies without dual listings face larger risks—especially if they have weaker liquidity and lower credit ratings. This had led many Chinese firms to enter deals to be taken private or at least consider buyout offers.

Other Chinese firms, even before exploring buyout proposals, have made efforts this year to seek secondary listings Hong Kong and on the Star Market. According to Refinitiv data, through IPO's and secondary listings firms have raised $14.1 billion on the Star Market and $13.8 billion on Hong Kong's main board, as of early July. The Asian venues have ranked second and third in the world respectively to Nasdaq's $18.02 billion, according to the data.

Some big listings that have been completed in Hong Kong this year include the gaming titan NetEase, Inc. (Nasdaq: NTES; HKEX: 09999) and online retail titan JD.com, Inc., (Nasdaq: JD; HKEX: 09618) which together raised around $6.6 billion in the city. But that's nothing compared to what Alibaba Group Holding Ltd.'s (NYSE: BABA; HKEX: 9988) fintech arm Ant Group's potential $10 billion it could raise. In November 2019, Alibaba raised $13 billion in the city.

But expect more Chinese U.S.-listed firms to either accept or at least weigh buyout proposals, while others move to seek secondary listings closer to home amid high trade tensions between Beijing and Washington. Last week, U.S Treasury Secretary Steven Mnuchin issued warning that Chinese firms with listings on American bourses would be mandated to abide by U.S. auditing standards by 2022.

YOU MAY LIKE
Prev：JW Therapeutics Files for Hong Kong IPO to Develop Pipeline of Cancer Treatments Next：Daqo Powers Past Q2 Estimates, Sees Strong Gains Since Mid-June