Can this maker of traditional Chinese medicines compete with SXTC and HAPP for investor interest? 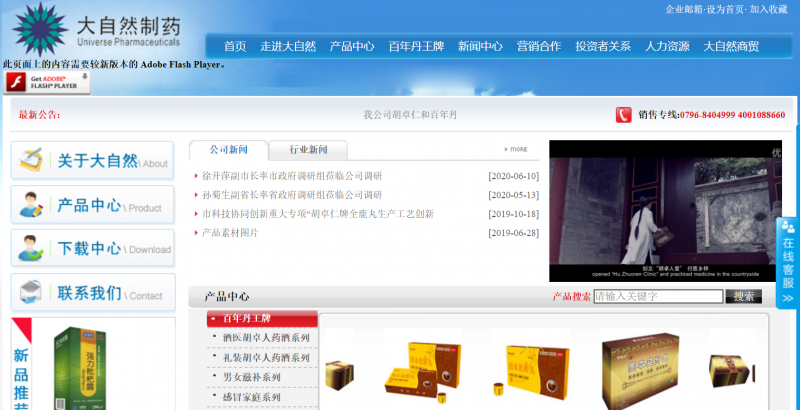 Traditional Chinese medicine company Universe Pharmaceuticals Inc. has applied to raise $35 million in a U.S. initial public offering. Underwriting the offering is Univest Securities; the company hopes to trade under the symbol "UPC" on the Nasdaq Capital Market.

So, what is traditional Chinese medicine (TCM)? Does it really work?

Universe Pharmaceuticals says in its prospectus, filed with the U.S. Securities and Exchange Commission on Monday, that TCM has been around for more than 23 centuries and focuses on the health and harmony of a being.

"TCM rests upon the assumption that the human body is an ecosystem, embodying the fusion of Shen (psyche), Essence (soma), Qi, Moisture (body fluids), and Blood (tissue). Health in the context of TCM is more than just the absence of diseases, but to identify imbalance in the human body and restore harmony. TCM is not only intended to cure diseases but to enhance the capacity for the fulfillment, happiness, and general well-being of people."

Based in Jiangxi, Universe Pharma makes 13 varieties of TCM derivatives products of two categories: to treat chronic health conditions in the elderly to promote longevity, and cold and flu medicines. It also sells "biomedical drugs, medical instruments, Traditional Chinese Medicine Pieces (TCMPs), and dietary supplements manufactured by third-party pharmaceutical companies" to pharmacies, hospitals, and clinics in 249 cities of China, according to the filing.

Perhaps TCM has its perks: China had surpassed the United States in a healthy lifespan at birth in 2016. Although the overall lifespan of an American was slightly higher – two years more than China's 76.4 years – for their last 10 years, Americans are expected to be less healthy, World Health Organization data showed.

No matter what you think of TCM products, the market is there. Citing commissioned research by Frost & Sullivan, Universe said in its filing that the TCM market in China grew 9.2% from 2014 to 2018, reaching 86.6 billion yuan ($12.5 billion). By the end of 2023, it is expected to rise to 135.1 billion yuan ($19.5 billion), thanks to improving healthcare awareness, favorable policies, and the growth of the aging population.

During the outbreak of Covid-19 in China, Universe actually witnessed a decrease in customers, unlike its non-TCM pharmaceutical peers. For the six months through March 2020, it reported 1,162 customers compared to 2,603 at the end of fiscal 2019. It also suffered from a temporary factory closure in February and March.

Universe Pharma has filed to sell 5 million ordinary shares at $5 to $7 apiece. The company expects to bolster its factories, improve R&D, boost marketing, and working capital with the new funds.

Meanwhile, for the average U.S. investor who does not use TCM in a casual manner, I invite you to look at Universe's peer, China SXT Pharmaceuticals Inc. (Nasdaq: SXTC). On Tuesday, SXTC traded at 36 cents per share. This obscure maker of traditional medicines went public in a $10.2 million offering in January 2019 at $4 per share and is trading well under the required minimum.

One TCM company doing comparatively well is Happiness Biotech Group Ltd. (Nasdaq: HAPP). The stock recently rose on hand sanitizer, disinfectant, and breakthrough Covid-19 testing kits – which have little to do with TCM. However, it may yet dip to the level of SXTC unless management makes another breakthrough soon. Trading since late 2019, this TCM company is down from its IPO level of $4.50 to today's $2.30 per share. Weird, considering one analyst surveyed by CNN Business gave it a $10.50 price target.

Done with the listed firms, let's look at Qilian International Holding Group Ltd., which publicly filed for a U.S. IPO in November 2019. Apparently, it was also heavily impacted by the Covid-19 outbreak, as it seems to have halted its run-up to a listing. Qilian applied for a smaller IPO than Universe – at up to $28 million – though it seems to be a bigger company, with $46.1 million in revenues and $5.3 million in income for the 12 months through September 2019.

So, consider these comparable TCM makers and make your bets. Both believers and non-believers in homeopathy and "bodily harmony" can try their luck with TCM stocks.

YOU MAY LIKE
Prev：Tencent Versus NetEase: Which Stock is the Better Buy? Next：Has Gold Peaked?