Home
China Stocks
U.S. Stocks
Commentary
Investor Relations
Partners
About Us
Airline Stocks Gain After U.S. and China Agree to Double Flights
But trouble on the tarmac is far from over. 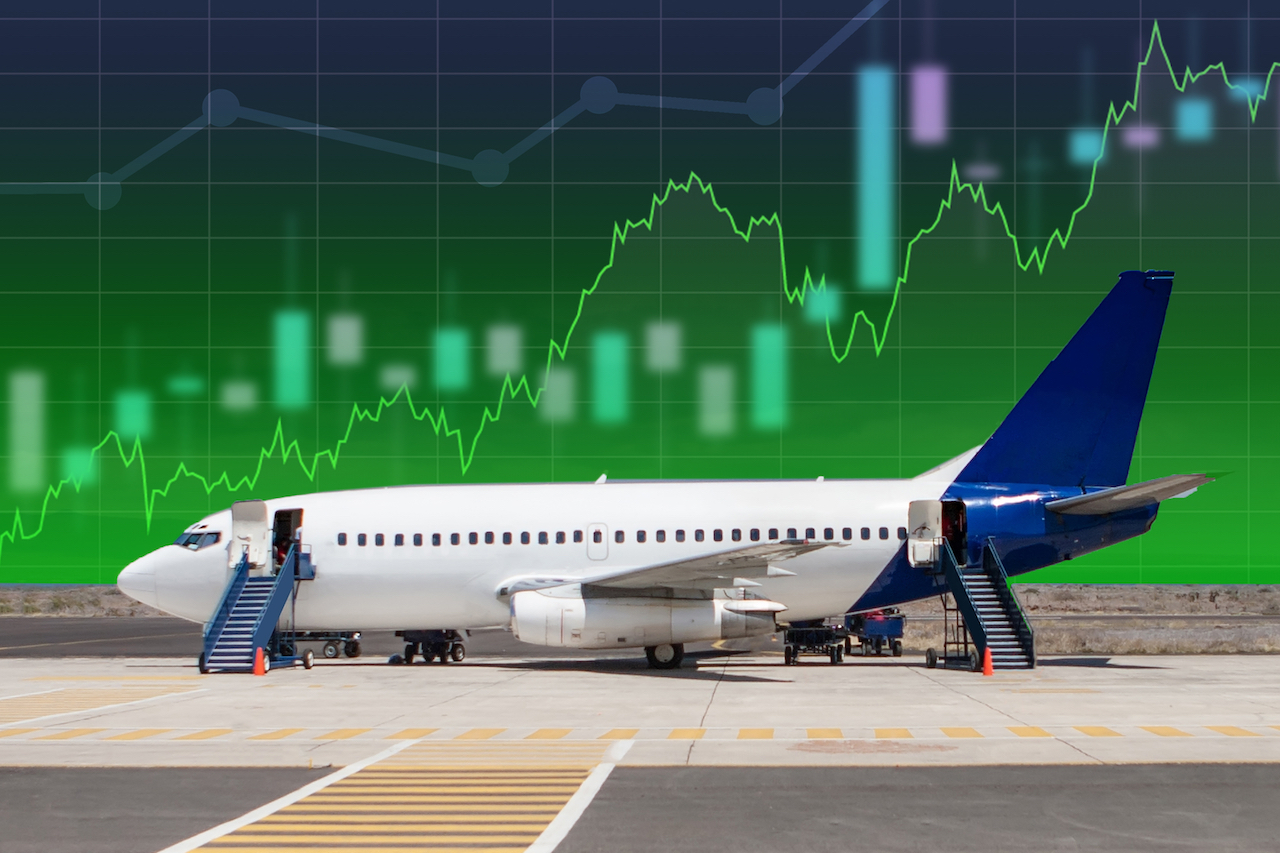 Airliners saw some solid gains Wednesday thanks to the United States and China agreeing to double the number of flights between the two countries.

The U.S. Transportation Department said Tuesday that it is allowing four Chinese airlines to increase their round trip flights to the U.S to eight per week.

Following the news, United Airlines Holdings, Inc. (Nasdaq: UAL) doubled flights from San Francisco and Shanghai from two to four. The move will go into effect on Sept. 4. The Chicago-based carrier will use a Boeing (NYSE: BA) 777-300ER aircraft to operate that route on Wednesdays, Fridays, Saturdays, and Sundays.

Thanks to the announcement, UAL watched its stock soar nearly 6% to $35.89 per share by midday Wednesday. But that wasn't the only gainer. Even American Airlines Group Inc. (Nasdaq: AAL) saw its shares rise despite its cargo full of debt by nearly 4% to $13.06 per share. Other major U.S. carriers including Delta Air Lines, Inc. (NYSE: DAL), and Southwest Airlines Co., (NYSE: LUV) posted gains of roughly 3% intraday.

Trouble on the Tarmac Will Remain

Even as travel picks up, the industry is still going to suffer until a safe and effective vaccine hits the market—which is why I remain skeptical of the industry for the remainder of the year.

However, one stock I did recommend buying was Southwest whose shares are now up 18% to date since I recommended it in May. But if you’re a shareholder in airliners—the pain is likely to continue for the rest of the year.

In May, American billionaire investor Warren Buffett had finally seen enough from airliners and dumped full stakes in the country's four largest carriers. He also recently dumped bank equities in favor of a gold mining stock. He has been wrong a lot this year but he is right about airlines. Hold Southwest if you bought in May, and leave the other airline stocks alone until economic and virus clouds dissipate.

Is CanSino a Buy After a Monthlong Slump?
Anthony Russo
Aug 28,2020,14:56
Comments
prev: Walmart's E-commerce Strategy Pays off Big in China
next: Sunshine Stock Picks of the Week