JD Versus Alibaba? Buy Both. 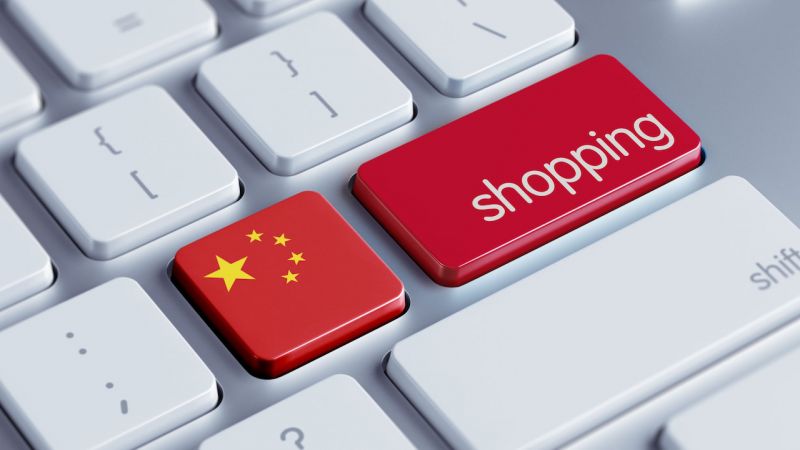 While retail sales as a whole continue to slump in China, the online sector has picked up. From January to June, e-commerce sales rose 5,150.1 billion yuan ($727.36 billion), up 7% year-over-year, according to data from the National Bureau of Statistics of China. Those figures have rebounded smoothly from a 3% year-over-year dip in online retail sales from January to February.

During one of China's largest shopping events known as 618, Alibaba and JD together brought in $136.51 billion in sales through their platforms.

Even with a hiccup in the first quarter, both online retail giants have watched their dual-listed stocks trade in the green, for the most part, this year.  But are they still worth buys—or have they hit their trading peaks for the time being?

To start with the smaller e-commerce player JD, it has been active in exploring the recovering travel industry. Earlier this week, it teamed up with China's largest online travel agency, Trip.com Group Ltd. (Nasdaq: TCOM), to expand cooperation in tourism and online retail. The news by JD followed a move last month of its partnership with state-owned tourism operator Beijing Tourism Group in July—highlighting the company's continued faith in the travel sector.

But most importantly for investors, JD is coming off a strong second quarter. In the three months through June, JD's revenue hit 201.1 billion yuan ($29 billion). Earnings soared 52% year-over-year to 50 cents, beating the forecasted 38 cents.

Turning to Alibaba, China's largest online retailer raised $13 billion in Hong Kong in November 2019; its stock has performed relatively well since—now up 45% to date from its IPO price of HK$176 per share. The success set the stage for both its rival JD as well as tech giant NetEase, Inc. (Nasdaq: NTES; HKEX: 00999) to list in the city.

Today, all eyes on are on Alibaba's fintech arm Ant Group, which could reportedly raise $10 billion in a potential Hong Kong IPO as early as this month. The massive listing alone would be bigger than NetEase's and JD.com's Hong Kong IPO's combined ($6.6 billion)

Earlier today, Alibaba posted strong earnings in the quarter ending June. Revenue rose 34% year-over-year to 153.75 billion yuan ($21.76 billion), topping estimates of 148 billion yuan. Its earnings came in at 14.82 yuan per share, up 18% from the year-ago period, and ahead of the Street's consensus of 13.82 yuan per share.

Despite strong financial performances by JD and Alibaba, there is some investor concern over growing trade tensions between the U.S. and Beijing. But Mark Tepper, the president of Strategic Wealth Partners, thinks these concerns may be overblown. On CNBC's "Trading Nation" Tuesday, Tepper stressed that investors need to "focus more on the underlying fundamentals of the companies."

"[Alibaba] for us, that's our play on the growing middle class in China. Basically you're getting all the businesses that Amazon has at a discount," Tepper said.

He added, "You're getting e-commerce, cloud, AliPay, delivery. They're growing even faster than Amazon in a place with four times as many people with a slightly more attractive multiple."

President Trump has already signed executive orders to ban Tencent's WeChat and ByteDance's TikTok if their American operations are not sold imminently. When asked if he would ban Alibaba, Trump said "Well, we're looking at other things, yes."

But the biggest threat to Chinese U.S.-listed firms is a failure to meet or submit to PCAOB standards. U.S Treasury Secretary Steven Mnuchin warned earlier this month that Chinese firms would be required to abide by U.S. auditing by 2022 or they will face delisting.

Tepper referred to the potential delisting of Alibaba as "noise" and added that he would be "using those pullbacks opportunistically to buy."

Concerns cited, it's tough to imagine giants like JD.com and Alibaba being delisted. Considering the proven track record, investors shouldn't shy away from buying JD and Alibaba as both are bound to see big demand when China's largest shopping festival, known as Singles' Day, kicks off in the fourth quarter. The largest e-commerce market in the world, if you are going to bet on a booming market, place your bet on JD.com and Alibaba.

YOU MAY LIKE
Prev：Kandi Sets Its Sights on American Market Next：Law Firms Go After Baidu, iQiyi After SEC Fraud Probe