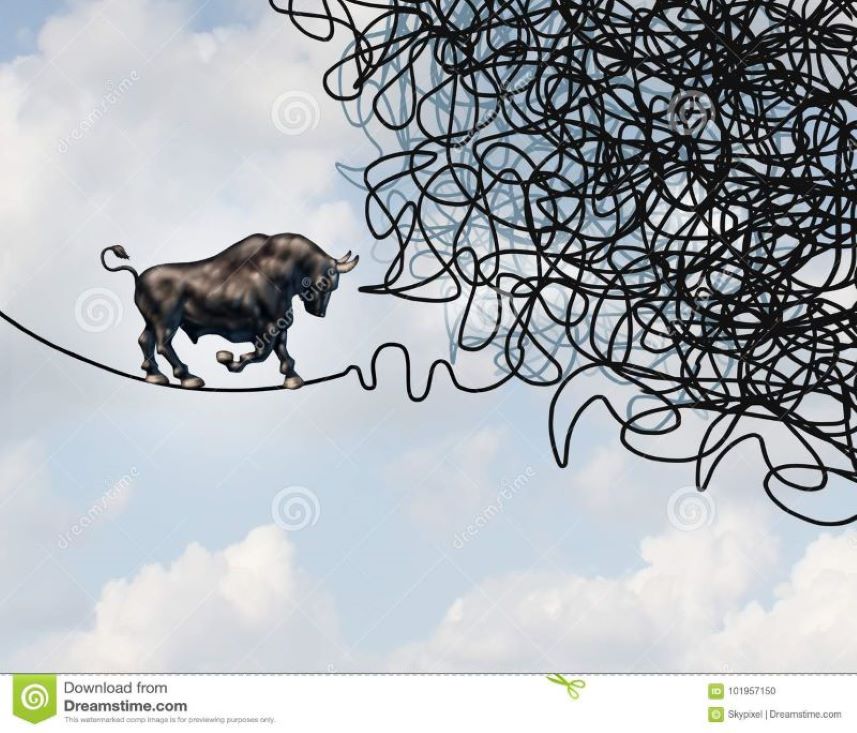 With the second quarter of the 2020 reporting season mostly behind us, and with markets testing “all-time” highs, do earnings support the bullish thesis? Such is the fundamental question surrounding the debate over the record deviation between “momentum” and “growth.”

As we stated before the earnings season began, the annual “beat the estimate” game would, as always, have a high “beat rate.”

Why do I call it the “Millennial Soccer” season? As I explained in “The Truth About Wall Street Analysis.”

Earnings season is now a ‘game’ where no one keeps score. The media cheers, and everyone gets a ‘participation trophy’ just for showing up.” With 90% of companies reporting, we can safely say – “everyone got a trophy.”

Such a high “beat rate” certainly “seems” to suggest companies are firing on all cylinders, and that currently elevated prices are justified.

However, as they say, the “Devil is in the details.”

Upward Revisions Not What They Seem

Let’s start with the “estimate revisions,” which have been touted by the bulls as clear evidence of support for lofty valuations. The chart below is the “revision breadth” by analysts for the S&P 500. While these revisions from extremely negative levels are significant, and investors rush to chase extremely overvalued “momentum stocks,” the overall “earnings season” was quite dismal. As noted by FactSet:

Pay very close attention to the chart below.

Below is the evolution of estimates from Standard & Poors from the beginning of this year. Let me point out some critical points:

1. In January and February, investors were bidding up stocks to all-time highs based on REPORTED earnings of  $171/share by the end of 2021.

2. Today investors are paying the same price for 2021 earnings that are $20/share lower.

3. While earnings revisions did tick HIGHER at the beginning of August, estimates through the end of 2020 hit a new low just 2-weeks later.

The message here is simple.

But what about those upward revisions?

Look at the chart above again. You will notice there have indeed been upward revisions to estimates through the end of the year. However, they have been tiny relative to the increase in asset prices. FactSet also made a note:

This marked the largest decrease in the annual EPS estimate for the index over the first six months of the year since FactSet began tracking the annual bottom-up EPS estimate in 1996.

Not surprisingly, given the record-level cuts to EPS estimates during the first half of the year, it resulted in the elevated “beat rate” as noted above.Given the high beat rate, analysts are confident in increasing their estimates for the next quarter.

Not so impressive when viewed at this level. However, the charts below show the evolution a little more clearly. The data below is the latest from Standard & Poors for the S&P 500 index.

Let’s start with the monthly changes since January. You will notice that 2020 estimates are lower, while 2021 estimates are slightly increased. Not so impressive. However, that chart is deceptive, along with the FactSet data. The reality is that while markets are sitting at all-time highs (as they were in February), both 2020 and 2021 estimates are lower. But this is where you should take notice.

During the last TWO years, reported earnings for the S&P 500 have plunged. While analysts are currently hoping for a “V-shaped” economic recovery to provide for the “hockey stick” recovery, risks are high such will not occur. The reality is that earnings, and more importantly, revenue (which is where earnings come from) have collapsed. The chart below shows the total cumulative growth of the S&P 500 index versus operating (most optimistic as its earnings before all the bad stuff) and sales per share.

Do you see the problem here?

Here is a better way to visualize the disparity. The chart below shows the S&P 500 index versus both Operating (fantasy) and Reported (reality) earnings.

Even with the recent upward revisions to earnings, operating earnings are still 33% lower, with reported earnings down 46%. Despite the rise in the S&P 500 index, earnings have fallen despite substantially lower tax rates and massive corporate share repurchases. (Share repurchases reduce the denominator of the EPS calculation.)

Such is no small thing. The issue of share repurchases previously has been two-fold. Primarily, it was the distortion of bottom-line earnings per share.

We have discussed the issue of “share buybacks” numerous times and the distortion caused by the use of corporate cash to lower shares outstanding to increase earnings per share.

‘The reason companies spend billions on buybacks is to increase bottom-line earnings per share, which provides the ‘illusion’ of increasing profitability to support higher share prices. Since revenue growth has remained extremely weak since the financial crisis, companies have become dependent on inflating earnings on a ‘per share’ basis by reducing the denominator. “

Importantly, note that while shares outstanding have reached a new low, earnings have collapsed as well. However, had it not been for the share repurchases, the EPS decline would have been worse. Nearly 75% of earnings reported are from “accounting gimmickry” versus actual “revenue” growth.

Think about that for a moment.

Secondly, a rising headwind for markets in the future will be to share buybacks to remain a significant market support.

However, for investors, the real issue is that almost 100% of the net purchases of equities has come from corporations.

Today, buybacks have fallen sharply as corporations move to conserve cash amidst a recessionary economy. As noted, since the “Financial Crisis” lows, much of the rise in “profitability” has come from cost-cutting measures and accounting gimmicks rather than actual increases in top-line revenue. While tax cuts certainly provided the capital for a surge in buybacks, revenue growth, which is connected to a consumption-based economy, remained muted. Now, the “economic shutdown” has crushed revenue growth entirely.

Since 2009, the operating earnings per share of corporations has risen by just 158%. However, the increase in earnings did not come from an increase in revenue. During the period, sales (which is boosted due share reductions) grew by a marginal 41%.

However, investors have bid up the market more than 365% from the financial crisis lows of 666. Investors are once again extremely optimistic they haven’t overpaid for assets.

While Wall Street continues to come up with a myriad of ways to “rationalize” overpaying for assets in the markets currently, just remember, it’s not their money. It’s yours.

Earnings do not support the current bullish thesis.

As we just wrote in “Close, But No Cigar:”

“What eventually sparks a reversion is always the one thing no one is anticipating. Throughout history, the unexpected, exogenous event is what sends investors fleeing for the exits. After the damage occurs, the media’s excuse is always: ‘Well, no one could have seen that coming.’

As noted above, overbought, extended, overly bullish markets are by themselves ‘bullish.’ These conditions represent the current ‘momentum,’ which keeps pushing assets higher and dragging investors into the market.

It’s very much like a crowded theater. Everything is fine until that point where someone yells ‘fire.’ At that point, everyone tries to rush towards a very narrow exit.”

The market is currently trading at absurd valuation levels. There is little to support the idea of a “V-shaped” recovery at this point.

Investor “psychology” will collide with “reality,” and the rush to exit will not be a slow and methodical process. Instead, much like we saw in March, it will be a stampede with little regard to price, valuation, or fundamental measures.

The exit will become very narrow.

BullsNBears.com was founded to educate investors about the eight secular bear markets which have occurred in the US since 1802.  The site publishes bear market investing recommendations, strategies and articles by its analysts and unaffiliated third-party and qualified expert contributors including Mr. Roberts.