The Chinese restaurant giant is weighing investor demand for a share sale as early as next week. 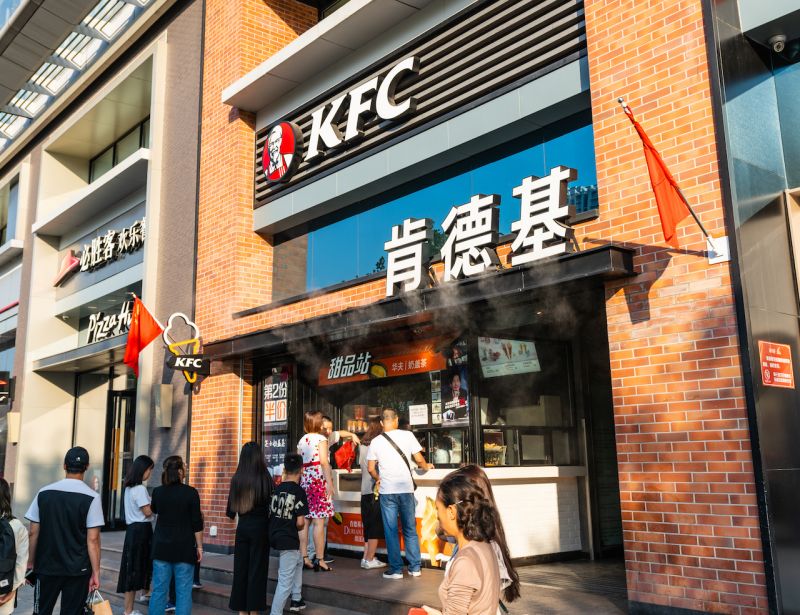 Yum China Holdings Inc. (NYSE: YUMC) has received approval from the Stock Exchange of Hong Kong to pursue a secondary listing that could raise roughly $2 billion.

The Chinese operator of KFC, Pizza Hut, and Taco Bell is weighing gauging investor demand for the share sale as early as next week, as reported by Bloomberg, citing a person familiar with the matter.

The news follows a flock of Chinese U.S-listed firms that have made efforts to move listings closer to home this year amid high trade tensions between Washington and Beijing. Some Chinese U.S. listed firms that have moved closer to home include internet giants NetEase, Inc. (Nasdaq: NTES; HKEX: 09999), and JD.com, Inc., which together have raised around $6.6 billion in Hong Kong in their secondary listings in June.

But the biggest listing this year might be yet to come: Jack Ma's Ant Group earlier this week filed for dual listing in Hong Kong and Shanghai's Nasdaq-like Star Market that could raise as much as $30 billion. The listing would not only shatter its parent Alibaba Group's (NYSE: BABA; HKEX: 9988) $25 billion listing in 2014 but Saudi Aramco's record-breaking $29.4 billion it raised in January 2020.

Last week, the U.S. State Department warned that Chinese companies could face a "wholesale delisting" from U.S. bourses by 2022, and asked American colleges and universities in a letter to sell their holdings of those firms. In the meantime, U.S.-listed Chinese firms have prepared for the worst including weighing or accepting buyout offers, or in Yum China's case attempting to list closer to home.

But Yum China could have a problem of its own: Chain Reaction Research (CRR), a provider of sustainability risk analysis, published a 17-page report last month alleging Yum China has a "sizeable deforestation footprint" and faces related financial risks that may raise red flags for both ESG regulators and investors.

It also isn't coming off the best quarter, as Covid-19 has taken a toll on Yum China's sales. In the second quarter, Yum China posted revenues of $1.90 billion, down 10% compared to the second quarter of 2019. Net income declined 23% to $136 million, or 34 cents per share. According to Yum China, it operates 10,000 restaurants in more than 14 cities in China.

In early trading Friday, the stock in Yum China was trading 1% higher at $55.94 per American depositary share. Shares of Yum China are up nearly 16% year-to-date.

YOU MAY LIKE
Prev：Man Kills Himself Over WeChat Account Next：Is CanSino a Buy After a Monthlong Slump?