The Summer of SPACs 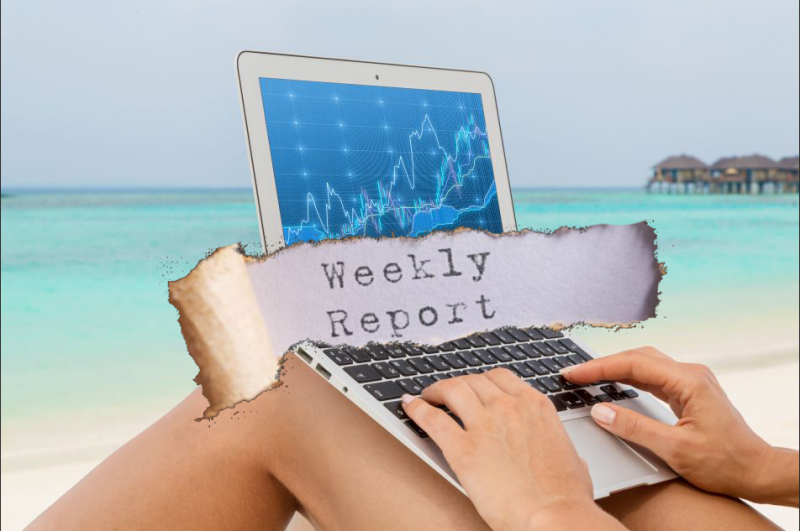 "Do you remember the Summer of SPACs?" one day trader asks another after a brief argument over the importance of Apple's now 10th stock split.

The year is 2070. The place? Wall Street (pronounced "Val Schteet") in downtown Nuuk Greenland, which is now an English-speaking province joint-owned by the United States and Denmark.

Turns out, the Greenland sale was one of the few of Trump's ideas to warrant merit and/or come to fruition.

Trump's son, the aging dictator Eric Trump (Donald Jr. died in a terrible rhino hunting accident), recently slashed the few remaining regulations preventing oil drilling outside the capital city. He would have done it earlier, but he was too busy trying to force the sale of "TalkTicky" a Japanese AI-driven video-sharing app for sexually frustrated cyborgs available exclusively at WalMartcrosoft, a hybrid retail/software conglomerate.

"Ah, the Summer of SPACs. Indeed, I remember. It all started when…"

Okay, well maybe the "Summer of SPACs" will not burrow deep into the American psyche, the way the Summer of Love (1967) has. But from hurricanes to pandemics to imminent (and likely contested) elections to protests and riots in the streets, the summer of 2020 will not soon be forgotten. And in the world of finance, it will be named the "Summer of SPACs."

Why?  Because these are the financial vehicles through which more and more companies are going public. (It could also be named the "Summer of Tesla" or "WeChat"—a Chinese guy killed himself last week after his account was suspended— but neither would be alliterative, now would they?)

SPACs Are Not Reverse Mergers

So what exactly are SPACs?

A SPAC (Special Purpose Acquisition Company), also known as a "blank check" company is similar, but not identical, to a reverse merger. Unlike reverse mergers, SPACs typically come with significant management groups and more financing. Reverse mergers, on the other hand, involve a private company buying a shell company that has no current operations but is publicly traded. While the shell becomes the surviving entity post-merger, the private company (and typically its management) become the operators.

SPACs Will Sizzle After Labor Day

SPACs have raised over $30 billion so far this year, up from $13 billion in all of 2019. Once a four-letter word, the SPAC is shedding its former negative connotation, thanks to the success of companies that have gone public via SPAC recently. Virgin Galactic's merger with a SPAC led by the former Facebook executive Chamath Palihapitiya was one such deal. Also Nikola and DraftKings, both of which took the SPAC route to the stock exchange. Last month, famed hedge fund manager Bill Ackman and Pershing raised $4 billion in the IPO of Square Tontine Holdings, Ltd., the largest SPAC IPO to date.

SPACs will be "incredibly active post-Labor Day," according to Paul Tropp, the co-head of Ropes & Gray's capital markets group in The New York Times. Uncertainty, or rather the certainty of uncertainty, surrounding the upcoming election is widely viewed as a reason for the expected SPAC offerings to increase.

On Wednesday, the SPAC Trine Acquisition Corp. (NYSE: TRNE) jumped 13% after it announced the planned purchase of shares of additive manufacturer Desktop Metal. You can play the SPAC first if you believe in what they are targeting, or you can wait until a big merger target is announced and play that day's likely upward surge.

SPACs are not limited to the United States. Internationally, there were 67 SPAC offerings raising a record $23.9 billion this year. SPACs have comprised nearly 20% of the total funds raised through initial public offerings which, according to Refinitiv, hit $115.9 billion.

Most SPACs, however, are still America-based, with only six of the 67 worldwide occurring outside the U.S.

Expect SPAC activity to increase overseas. Earlier in August, a Russian oligarch took his SPAC public, offering brave investors an opportunity to play Russia's market. The company, Kismet Acquisition One (Nasdaq: KSMT.U) raised $250 million from investors in its IPO. The Motley Fool on this SPAC: "The company intends to acquire a Russian-based company in the telecom, internet, or consumer goods industry."

Well, at least they seem focused.

Not Your Grandfather's SPAC

SPACs used to offer narrow terms without much variation. However, the previously mentioned Pershing Square Tontine deal changed the game—specifically, with respect to share dilution and the exercise of warrants.

As the premier law firm Debevoise & Plimpton LLP explains: "With [The] Pershing Square Tontine [SPAC], the lack of dilution from founder shares and ability of Pershing Square to only exercise its warrants three years after acquisition at 20% premium will likely result in greater alignment between the goals of public stockholders with that of the sponsor."

In other words, the new SPAC deals are less messy, offering more synergistic protection for both new investors and founding insiders than the SPACs of old. At least, in that deal.

SPACs have also become a new, more efficient way to do mergers and acquisitions, insists Jeff Mortara, the head of equity capital markets origination at UBS, in a New York Times piece. SPACs may provide an opportunity for direct, discreet, and expeditious merger negotiations.

More importantly, a merger with a SPAC enables the merger target company's investors to gain some liquidity in their retained stake. Most SPACs have two years from the IPO date to complete the merger, which means plenty of time and liquidity while the deal details are ironed out.

A new type of direct listing was approved by the SEC which will enable companies to concurrently raise money while going public. This is a big deal and brought on by the increase in SPACs, still a back-door way to go public the SEC views with anxiety; anxiety born no doubt from the nightmarish reverse merger scams of the late 90s.

This week, the NYSE won the approval from regulators at the SEC to offer a cheaper way to go public than a traditional IPO: Direct listings. While direct listings are nothing new, before the approved regulatory change allowing companies to issue new shares, only existing private shareholders could sell stock to public investors. This amendment might provide companies with the cash and liquidity they need to avoid a SPAC.

The change would allow companies to skip the tedious dog-and-pony roadshows as well as evade the high-level scrutiny a traditional IPO engenders. Data analytics company Palantir Technologies announced earlier this week that it would go public via a direct listing.

Of all the recent SPAC companies now trading, my favorite SPAC has to be RedBall Acquisition (IPO date is TBD, filed on July 28, 2020).

When you bet on a SPAC, you are really betting on management more than anything (since you do not really know exactly what they plan to acquire).

It doesn't get better (or at least more intriguing) than RedBall's management. At the helm is Billy Beane, the Oakland Athletics' executive vice president of baseball operations. He may not have won a series, but his keen analytical approach to the national pastime was made famous in Michael Lewis's Moneyball, on which the popular film of the same name was based.

With $2 billion in buying power, RedBall is a cash-stocked SPAC run by a sharp team focused on a hard-hit industry due to the pandemic. Watch that one. It might be a home run.

"Oh, the 'Moneyball' guy's SPAC," replies the future factitious investor. "That's the SPAC they wrote a book and then made a movie about starring…what's his name again? The guy they thought was handsome in the old days when perfectly symmetrical features were the rage?"

"Brad Pitt," the other investor replies.

(Performance since Feb. 28. Stocks sold and profit put into cash.)

The index below is to be unchanged for the next three months –some additions, but no subtractions. For more information on buy and sell signals in options and momentum plays on small-cap equities email me at Gregory.bergman@capitalwatch.com.

YOU MAY LIKE
Prev：Is CanSino a Buy After a Monthlong Slump? Next：Nio Takes Advantage of EV Market Upswing With New Share Sale