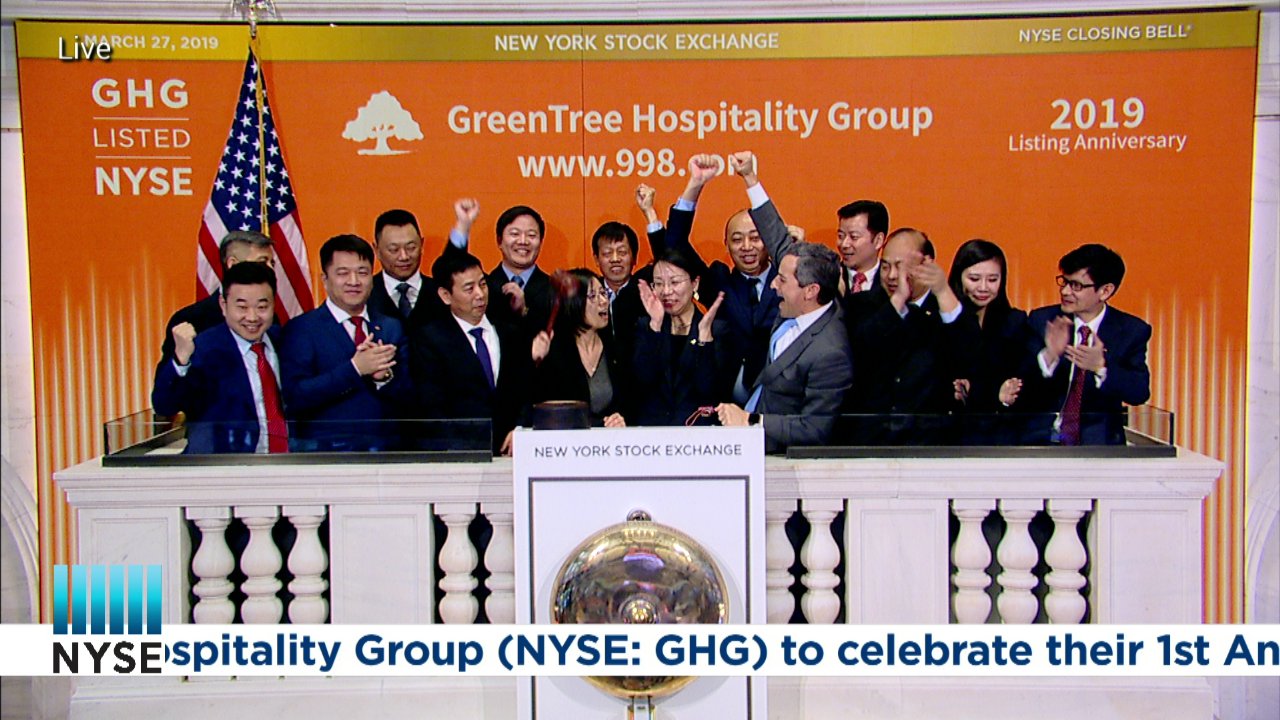 The Shanghai-based company said its revenue totaled $35.1 million for the first quarter, representing an increase of 20 percent year-over-year. And its quarterly net income jumped 59 percent to $20.0 million, or 20 cents per American depositary share, from the corresponding period of 2018.

According to the company, the contributions are mainly from the addition of new hotels, increased revenue per available room and membership growth, despite a slowdown in China's domestic economy in the premarket analysis from CapitalWatch.

“During the quarter we opened 102 new hotels, continued to grow our pipeline, and remained on track to open more new hotels in the remaining part of this year,"  Alex Xu, the chief executive officer of GreenTree, said in the statement.

The company focuses on the a network of hotels at varying cost and amenity levels, targeting a wide variety of business and pleasure travelers. Among all the 102 newly-opened hotels, 44 hotels belong to the mid-scale segment,14 in the business to mid-to-up-scale segment and the other 44 in the economy segment. Regarding geographical coverage of the hotels opened, 6 hotels were in Tier 1 cities including Beijing, Shanghai, Shenzhen and Guangzhou, 20 in Tier 2 cities including 32 major cities, and the remaining 76 hotels in other cities in China.

“We are blessed to be based in China where there is such a huge consumer economy,” Xu said in the interview with CapitalWatch in March.

Looking ahead, GreenTree expects to grow 20 percent to 25 percent for the full year 2019 in its total revenues from 2018.

111 Teams Up with Bayer Healthcare
Benjamin Wang
Oct 19,2020,18:57
Comments
prev: Huawei Shipments Could Fall by Up to a Quarter This Year - Analysts
next: China Accuses U.S. Officials of Misleading Public on Trade War