Home
China Stocks
U.S. Stocks
Commentary
Investor Relations
Partners
About Us
China's June Exports, Imports Fall as Trade War Takes Heavier Toll
China is expected to report on Monday that growth in the second quarter was the weakest in at least 27 years. 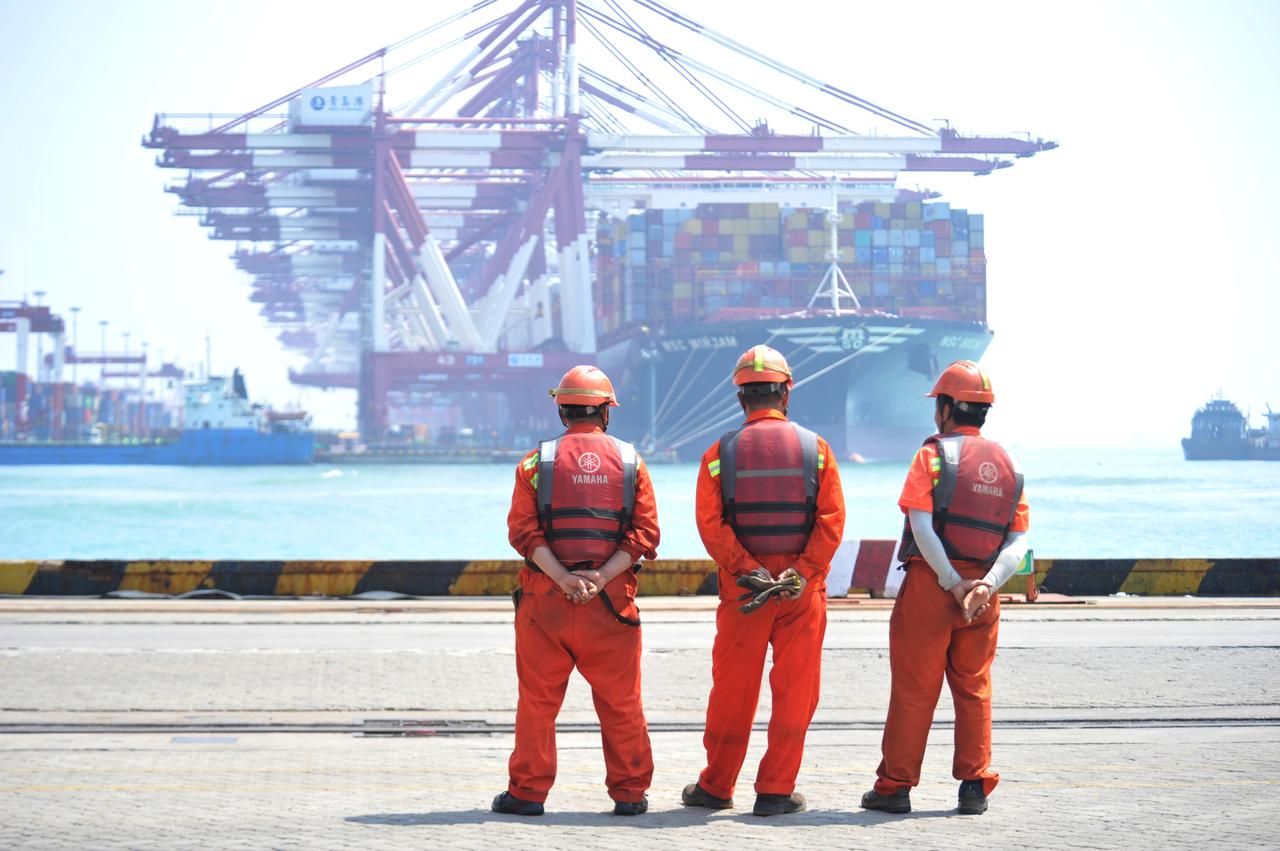 The gloomy trade readings added to a string of recent downbeat economic data which have fuelled expectations that Beijing needs to announce more stimulus measures soon to ward off a sharper slowdown.

China is expected to report on Monday that growth in the second quarter was the weakest in at least 27 years.

Other data released on Friday showed new bank loans rose to a three-month high in June as policymakers sought to keep ample funds in the financial system, though the tally was less than analysts had expected.

"Overall, imports and exports are declining quarter by quarter, and weak foreign demand will be the biggest challenge in the second half of this year," said Zhang Yi, chief economist at Zhonghai Shengrong Capital Management in Beijing.

China's manufacturers are struggling with sluggish demand at home and abroad, and a sharp U.S. tariff hike announced in May threatens to crush already-thin profit margins. An official June survey showed factories were shedding jobs at the fastest pace since the global crisis, a major worry for Beijing.

June exports fell 1.3% from a year earlier, not as much as the 2% drop analysts had expected but reversing a surprise gain in May when shippers rushed to beat more U.S. tariffs, customs data showed.

Imports fell 7.3%, a sharper drop than the 4.5% expected and following an 8.5% contraction in May, suggesting domestic demand remains tepid despite a flurry of growth measures since last year.

"We don't expect global growth to bottom out until next year. And while the truce reached between (presidents) Trump and Xi at the G20 late last month removes the immediate threat of further U.S. tariffs, our base case remains that trade talks will break down again before long," Capital Economics wrote.

Highlighting industrial weakness, China's imports of copper, used in electrical gear from wiring to motors, plunged 27% from a year earlier. Imports of other key commodities such as iron ore, crude oil, coal, and soybeans also fell from a month earlier.

"Copper demand is still weakening ... for most of the sectors, especially air conditioning," said He Tianyu, an analyst at consultancy CRU in Shanghai. "The trade war could be one of the factors but the bigger problem is actually China's domestic demand - this summer is weaker than last year."

So far, Beijing has relied on a combination of fiscal stimulus and monetary easing to weather the slowdown, including hundreds of billions of dollars in infrastructure spending and tax cuts for companies.

But the economy has been slow to respond, and business confidence remains shaky, weighing on investment.

"But...the pick-up in lending has been modest relative to previous loosening cycles and is unlikely to prevent economic growth from slowing further in the coming quarters," the note said.

Chinese banks made 1.66 trillion yuan in new loans last month, but the figure was less than the same month last year.

Growth next year will likely cool further to 6.0%, the poll showed, and some analysts say it could be even weaker if trade talks blow up again and Washington imposes more tariffs on goods and restrictions on Chinese technology companies.

China’s overall hi-tech imports slipped 6.0% in June on year, the eighth consecutive month of decline, according to ANZ.

June marked the first full month of higher U.S. tariffs on $200 billion of Chinese goods, which Washington imposed after trade talks between the world's largest economies broke down.

Though the countries' leaders agreed in late June to resume negotiations, and the U.S. said it would hold off on additional levies, existing tariffs remain in place, producing a long slow burn for the Chinese economy, according to ING.

Some exporters which lowered prices for U.S. customers after earlier tariffs have reportedly said they cannot absorb the new, stiffer levies and still make money.

No timeframe has been set for a new round of face-to-face trade talks, and the two sides remain at odds over significant issues, raising the risk of a longer and costlier battle that could trigger a global recession.

China's trade surplus with the United States, a major source of friction, rose 11% in June from May to $29.92 billion.

For the first half, the surplus with the U.S. rose around 5% to $140.48 billion from the same period a year earlier.