After Powell's Decision, the Outlook for Gold Remains Bearish
The FOMC's interest rate hike by 75 basis points to fight inflation became a fact. What do the Fed's hawkish actions and plans mean for the gold market?
Przemyslaw Radomski Jun. 16, 2022 22:17 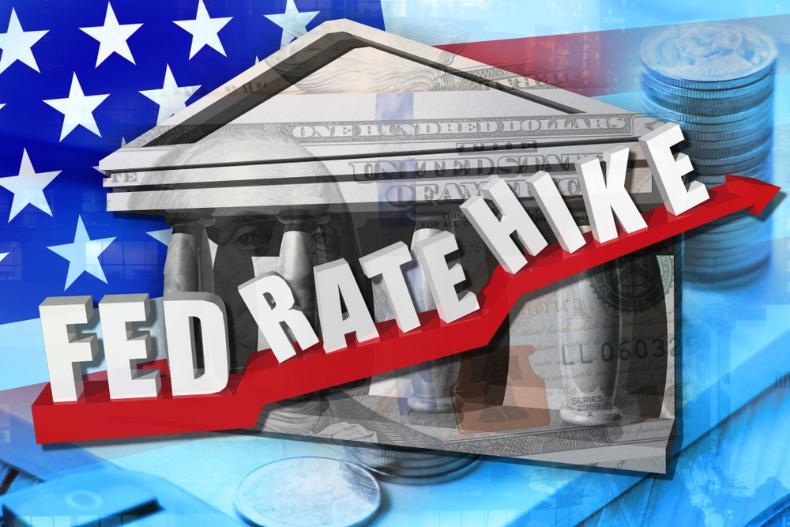 (Sunshine Profits, June 16) With the FOMC increasing interest rates by 75 basis points on Jun. 15, inflation has officially forced the Fed's hand. Moreover, with the latest rise expanding the count to six rate hikes in 2022 (25 basis point increments), the tally puts us on recession watch.

However, with the PMs (and most assets) rallying during Chairman Jerome Powell's press conference, I warned earlier in the day that a short squeeze could materialize. For context, it wasn't a prediction. I simply noted that extremely bearish positioning could lead to a reversion. I wrote:

"With the recent carnage across the financial markets rattling the bulls, sentiment and positioning are extremely stretched. Therefore, while a 'sell the rumor, buy the news' event may unfold, it's prudent to stay focused on the S&P 500 and the GDXJ ETF's medium-term downtrends.

The liquidation frenzy (margin calls) that erupted recently coincided with hedge funds going on the largest two-day selling spree on record. If you analyze the chart below, you can see that Goldman Sachs' prime brokerage data shows the z-score of combined net dollars sold on Jun. 10 and Jun. 13 exceeded the sell-off following the collapse of Lehman Brothers in 2008.

Thus, while it's far from a sure thing, it's prudent to note how these variables may impact the short-term price action." 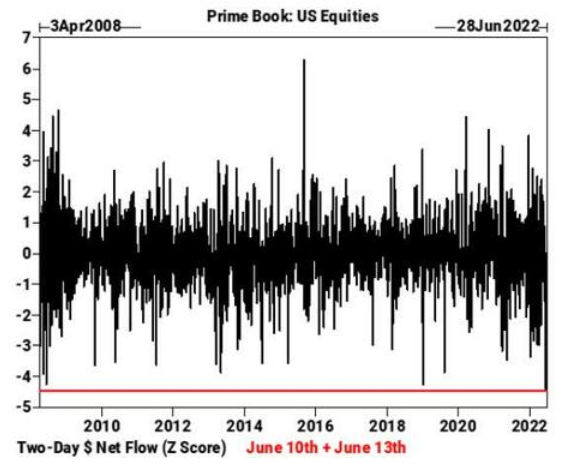 As such, while the PMs enjoyed daily relief rallies, hedge funds' cumulative net flows on Jun. 10 and Jun. 13 were more than four standard deviations below the average. Therefore, we've seen several short squeezes before, and they haven't impacted the PMs' medium-term trajectories.

The FOMC Statement and the June SEP

As mentioned, the FOMC increased interest rates by 75 basis points on Jun. 15. The release read:

"The Committee seeks to achieve maximum employment and inflation at the rate of 2 percent over the longer run. In support of these goals, the Committee decided to raise the target range for the federal funds rate to 1‑1/2 to 1-3/4 percent and anticipates that ongoing increases in the target range will be appropriate. In addition, the Committee will continue reducing its holdings of Treasury securities and agency debt and agency mortgage-backed securities, as described in the Plans for Reducing the Size of the Federal Reserve's Balance Sheet that were issued in May."

To explain, the FOMC provides its economic forecasts every second meeting. If you analyze the blue box above, you can see that officials increased their median Personal Consumption Expenditures (PCE) index projection from 4.3% year-over-year (YoY) in March to 5.2% YoY in June. As a result, inflationary realities have proven forceful once again.

Furthermore, the red box at the bottom of the chart shows that officials' median U.S. federal funds rate projection increased from 1.9% in March to 3.4% in May. Therefore, FOMC participants expect nearly 14 rate hikes in 2022.

For context, I have been bullish on the U.S. economy for a while and expected a much more hawkish Fed policy than the consensus. However, it's a near certainty the U.S. will enter a recession as these rate hikes unfold.

Also noteworthy, officials' median real GDP projection was cut from 2.8% in March to 1.7% in June. Moreover, I've long warned the Fed has to hike rates to contain inflation, and patience will only worsen the situation.

Yet, here we are. FOMC officials increased their inflation estimate and lowered their growth estimate, which has the mix going in the wrong direction. In addition, waiting only exasperates the ominous divergence. As such, that's why I warned on Jun. 7 that hiking interest rates is the lesser of two evils. I wrote:

"The Fed finds itself in a catch-22. Curbing inflation should lead to a recession, as nearly all bouts of unanchored inflation have ended with an economic downturn over the last ~70 years. Likewise, waiting for inflation to subside on its own would result in even more suffering.

To explain, I noted above that unanchored inflation in the 1970s/1980s pushed the U.S. into recession four times over ~12 years. As such, that's roughly one recession every three years. Conversely, stable inflation often coincides with a recession roughly every eight to 10 years.

Moreover, the chart below highlights how all of the post-1970/1980 recessions coincided with rising inflation (except for COVID-19). Thus, with the current inflation rate much higher than any of those periods and more similar to the 1970/1980s, the Fed and the BoC should know that the smaller and less frequent recessions below are preferable to the larger and more frequent recessions above. As a result, the post-GFC crowd suffers from recency bias, and fails to understand these economic challenges."

While the fundamentals of the FOMC's SEP and the potential for ~14 rate hikes are extremely hawkish, Powell was relatively dovish during his press conference. Moreover, this statement near the beginning helped light a fire under risk assets.

"Clearly today's 75 basis point increase is an unusually large one, and I do not expect moves of this size to be common," Powell said. "From the perspective of today, either a 50-basis-point or a 75-basis-point increase seems most likely at our next meeting."

Therefore, while another 50 or 75 basis point hike in July is profoundly hawkish, Powell puts to rest fears of panic-like 1% or more increases. As a result, it was enough to uplift sentiment.

"As mentioned, 75 basis points today and the next meeting could well be about a decision between 50 and 75; that would put us at the end of the July meeting in a more normal range and that's a desirable place to be because you begin to have more optionality about the speed with which you proceed going forward."

Thus, the statement also increases hope that the Fed could pause and reassess its outlook after the July meeting. Therefore, it assuages investors' fears of a swift hiking cycle on autopilot.

However, after the sharp sell-offs across bonds and equities recently, it's reasonable that Powell would attempt to calm the situation. While he helped to uplift daily sentiment, the realities of unanchored inflation and ~14 rate hikes will be much more important over the medium term.

"The federal funds rate, even after this move, is at 1.6%. The committee is moving rates up expeditiously to more normal levels, and we came to the view that we'd like to do a little more front-end loading on that."

"Committee participants widely would like to see policy at a modestly restrictive level at the end of this year" and "that is generally 3% to 3.5%."

However, the most important quote of the press conference occurred when Powell was asked: does 3.8%-4% [federal funds rate] get the job done and break the back of inflation?

Thus, Powell confirmed what I've been warning about for months: the Fed needs higher real yields to curb inflation. Moreover, while beneficiaries of lower real interest rates like Bitcoin, the ARK Innovation ETF, and the GDXJ ETF have suffered in 2022, I warned on Dec. 23, 2021 that the liquidity drain would take no prisoners. I wrote:

Please note that when the Fed called inflation "transitory," I wrote for months that officials were misreading the data. As a result, I don't have a horse in this race. However, now, they likely have it right. Thus, if investors assume that the Fed won't tighten, their bets will likely go bust in 2022.

Finally, Powell also made my point about how further patience will only intensify inflation and exacerbate the stagflationary cocktail. For context, this was the second most important quote of the press conference. Powell said:

"The worst mistake we could make would be to fail. It's not an option. We have to restore price stability. It's the bedrock of the economy. If you don't have price stability, the economy is really not going to work the way it's supposed to. It won't work for people. Their wages will be eaten up. So we want to get the job done."

As a result, while Powell softened his overall tone to reduce the panic across the financial markets, the fundamentals of the day were clear:

Therefore, while I've stated this many times throughout 2021 and 2022, the PMs' medium-term fundamental outlooks continue to worsen.

While Powell sounded relatively dovish, actions speak louder than words. Moreover, with six rate hikes on the books and another 50 to 75 basis point increase scheduled for July, that would take us to eight or nine 25 basis point rate hikes in 2022. In addition, with FOMC officials' median estimate for the U.S. federal funds rate nearly doubling from 1.9% to 3.4%, the liquidity drain should occur even faster than expected a few months ago. As a result, the developments are profoundly bearish for the S&P 500 and the PMs.

Furthermore, while the USD Index and U.S. Treasury nominal and real yields declined on Jun. 15, we've seen this movie before. Investors often sell the news after strong rallies. Yet, all three keep climbing as the fundamental realities commence. Thus, this time should be no different.

In conclusion, the PMs rallied on Jun. 15, as Jay saved the day. However, their bearish medium-term fundamentals intensified. As such, while sentiment ruled the day, the optimism should evaporate in the coming weeks and months.

Thank you for reading our free analysis today. Please note that the above is just a small fraction of today's all-encompassing Gold & Silver Trading Alert. The latter includes multiple premium details such as the targets for gold and mining stocks that could be reached in the next few weeks. If you'd like to read those premium details, we have good news for you. As soon as you sign up for our free gold newsletter, you'll get a free 7-day no-obligation trial access to our premium Gold & Silver Trading Alerts. It's really free – sign up today. 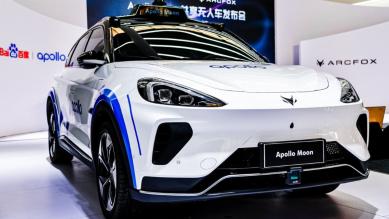 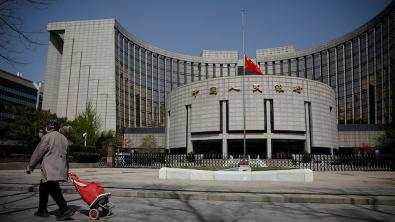 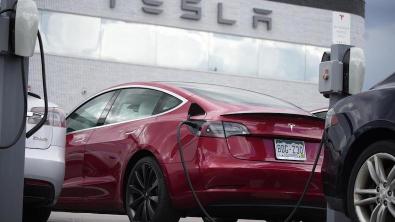