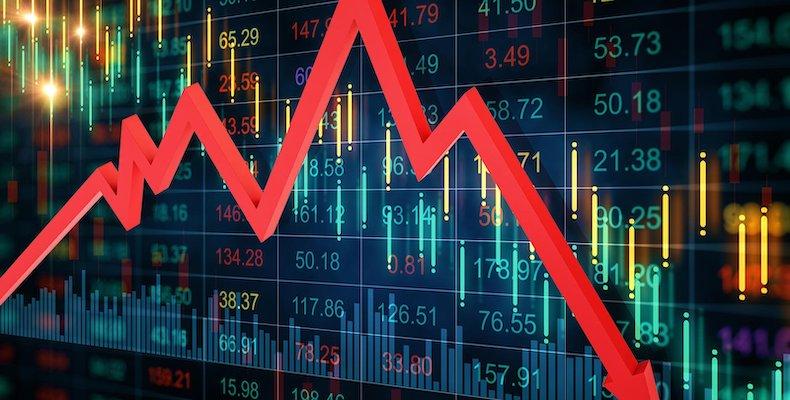 The S&P 500 Index fell 2% Tuesday, the Nasdaq Composite dropped almost 3%, and the Dow Jones Industrial Average was down 1.5%.

U.S. markets started falling after a new report from the Conference Board that its consumer confidence index had dropped 4.5 points this month. According to the board, both its present situation and expectations indices declined in June.

The present situation index fell slightly from 147.4 in May to 147.1 this month. Conversely, the expectations index saw a steep decline in June, down to 66.4 compared to 73.7 in May.

According to the report, fewer consumers described business conditions as "good," and more said conditions were "bad." Conversely, labor outlooks were more varied. More than half of respondents said jobs were "plentiful" and fewer reported that they felt jobs were "hard to get."

U.S. indexes remained almost unchanged Wednesday afternoon- the Dow is up less than half a percent, the S&P shows a negligible slide, and the Nasdaq is down 0.1%.

The Hang Seng Index saw the biggest losses in Asian markets Wednesday, dropping around 1.8%. The Hang Seng Tech index plummeted by over 3.2%.

Although it triggered a slump, the reports' results aren't exactly a surprise.

Inflation has been weighing on markets and consumers alike since the Federal Reserve began hiking up interest rates this year. The swift reversal of an accommodating pandemic policy made the change all the more dramatic.

Geopolitical tensions as Russia continues its war with Ukraine and especially its impact on oil is dragging economic outlook down significantly.

Oil prices rose for the third day in a row Tuesday as Saudi Arabia and the United Arab Emirates aren't likely able to make up the difference for a deficit from blocking Russian oil.

Macroeconomic conditions are clearly weighing on consumers. Whether or not pessimistic business outlooks prove true in the second half of this year, the growing sentiment will certainly weigh on the markets.