Didi to Delist From NYSE After Fiasco Year
Next June, Didi will expectedly shift to pink-sheet trading. Thus ends one of the worst China-U.S. trading runs.
Anna Vod May. 23, 2022 19:57 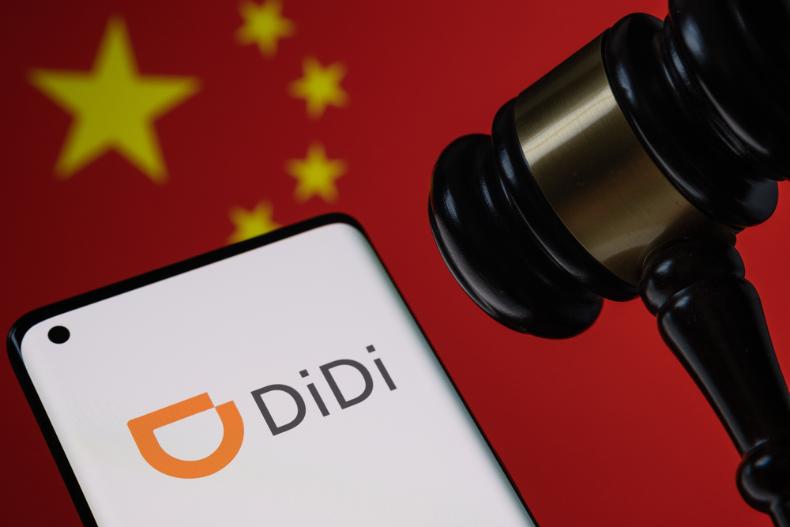 (CapitalWatch, May 23, New York) Less than a year after it celebrated its New York IPO, shareholders of Didi Global (NYSE: DIDI) voted to delist the Chinese ride-hailing giant in final capitulation to Beijing regulators.

Didi has notified the New York Stock Exchange that it will proceed with the delisting of its American depositary shares after a confirmative shareholder vote. The company will file on or after June 2 and the delisting is expected to occur 10 days after the effectiveness of the filing, according to the statement. Didi will thus end its fiasco of a trading run in New York that began on June 30 of last year with a $4.4 billion deal.

The stock in Didi jumped in early trading, but reverted, trading flat at $1.50 per share in the afternoon. Uncertainty remains for Didi, as its Hong Kong listing remains in limbo. China's cybersecurity regulator is onto Didi for the apparent lack of safety of user data on its app – and the company will not be able to proceed to a Hong Kong listing until it clears all checkpoints.

It was reported that the cybersecurity watchdog has advised Didi to delay its U.S. listing, but Didi went through with the IPO. Now, in addition to implementing data safety changes, the company will likely pay a fine to the Chinese authorities in the settlement of the probe.

It was immediately after Didi's listing last year that China launched its crackdown on overseas listings, tightened its data security laws, and saw many a company's U.S. listing plans shelved. This followed an anti-monopoly clampdown that wiped hundreds of billions from Chinese techs' market values and turned investors this much more wary of regulatory risks.

The talk of Beijing's softening stance on innovative tech development and overseas capital raising by the companies surfaced only recently, nearly a year after the crackdown's launch.

Meanwhile, in the U.S., Didi faces an investigation by the U.S. Securities Exchange Commission.

Overall, Didi has lost about $70 billion of its market value, according to Bloomberg. Didi's shareholders include SoftBank Group (OTC: SFTBY), Tencent (HKEX: 0700; OTC: TCEHY), Uber (NYSE: UBER), BlackRock (NYSE: BLK), and Fidelity. Some hedge funds have already disposed of about $231.9 million worth of Didi shares in the first quarter, Bloomberg reported.

Upon its delisting from the NYSE, Didi will likely remain traded over the counter.