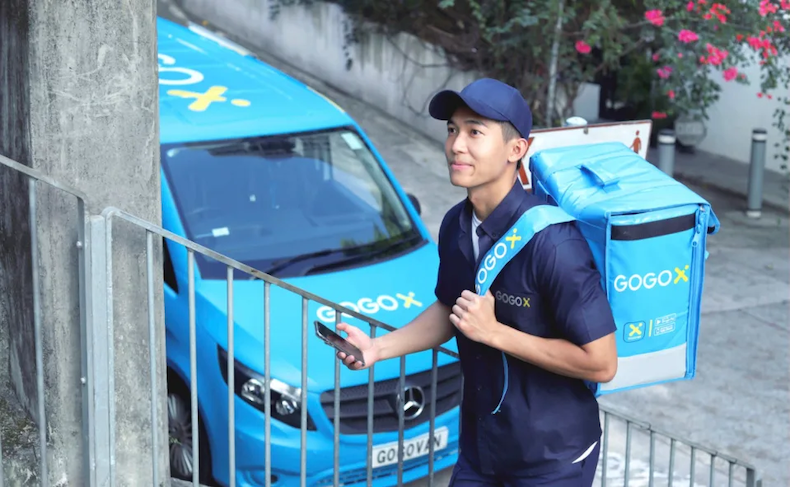 GogoX is an on-demand ride-sharing service that primarily focuses on freight and goods transportation in urban areas. The company operates in more than 340 cities across five Asian countries and regions. As of the end of 2021, the company had about 5.2 million registered drivers and 27.6 million users.

As of Friday's close, GogoX shares were trading at around HK$16.72 per share with a market value of around HK$10 billion ($1.32 billion).

From 2018 to 2021, GogoX's revenue both in Hong Kong and overseas markets grew at a compound annual growth rate of about 167%.

The company's debut also marked the return of the ceremonial gong after two years without the custom. GogoX co-founder and co-chief executive Steven Lam struck the gong for the first time after the ceremony was suspended in March 2020 when an attendee tested positive for Covid-19.

The company's shares started at HK$21.60 compared to its IPO price of HK$21.50 before sliding 22% before the end of trading.

Although the IPO market overall has remained frosty amid chaotic macroeconomic conditions, Hong Kong is seeing a long line of companies looking to trade in the city. 180 companies have already filed their applications to list in Hong Kong this year.

Market conditions are still tumultuous and uncertain, but the growing number of companies waiting their turn to list in Hong Kong shows that the bourse may be making a comeback after a slow period for IPO fundraising. The Stock Exchange of Hong Kong fell to ninth place in fundraising in the first six months of 2022.