(CapitalWatch, Sep. 6, New York) Iconiq Motors: What's all the hype about the potential SPAC deal for this Chinese EV startup? Let's zoom in on China's EV stocks trading in New York and see where Iconiq fits in.

If you count Faraday Future (Nasdaq: FFIE), there are now four Chinese EV stocks trading in New York. Affordable-class Kandi Technologies Group Inc. (Nasdaq: KNDI) has been public the longest and has seen some turbulence in its trading history – and it's probably the only Chinese EV maker traded in the United States that has never compared itself to Tesla (Nasdaq: TSLA). As to the higher-end Nio Inc. (NYSE: NIO), the company has been public since 2018 and has also seen a bit of pink-sheet trading in the past, while XPeng Inc. (Nasdaq: XPEV; HKEX: 9868) and Li Auto Inc. (Nasdaq: LI; HKEX: 2015) lifted off about a year ago – and both have enjoyed wild success, for the most part.

And while three of the higher-end, consumer-class companies reported their August deliveries last week, Faraday Future Intelligent Electric Inc. has yet to sell its first car. One of the few Chinese firms to become listed in New York since Beijing cracked down on overseas fundraisings in early July, Faraday pursued a SPAC deal that brought the company about $1 billion. Today, FFIE stock is traded about 22% lower since the listing, at $10.84 a share, though still better than the low of $8.70 per share in late August.

As to Iconiq, Bloomberg reported on Friday that the Alan Wu-led company is in early discussions to list on Wall Street through a merger with a special purpose acquisition company, as Faraday did earlier. The deal could value Iconiq at about $4 billion and is expected to complete by the year-end.

Founded in 2016, Iconiq positions itself as a luxury autonomous EV maker developing together with Dubai's W Motors, founded by Ralph Debbas. The company also counts Belgium's AKKA Technologies, Austria's Magna Steyr (NYSE: MGA), and Microsoft Corp. (Nasdaq: MSFT) as its partners. Iconiq now has the fully autonomous MUSE in development and the fully electric SEVEN smart passenger vehicle in production, according to its website.

On a side note, auto industry veteran Carsten Breitfeld, Faraday's new CEO, may yet bring luck to the company. Wedbush analyst Dan Ives gave FFIE a "buy" rating, with a price target of $17 per share. Ives said, as quoted by The Street, "We believe the company is set to create a new category in the EV space with its game-changing FF 91 vehicle and create a major brand within the high-end EV market opportunity."

Faraday said its flagship FF 91 has received more than 14,000 reservations and it expects to sell 400,000 EVs over the next five years. With headquarters in Gardena, Calif., Faraday also has business in China, and it is yet unclear whether the regulatory changes related to overseas listings will have an impact.

Meanwhile, as of August, new regulations specifically targeting automakers and private data were imposed and are set to take effect on Oct. 1. Aiming to improve protection of user information collected at scale by smart cars, as the Global Times wrote, the Cyberspace Administration of China (CAC) has put forth policies that auto data processors should protect the safety and legal rights of their users and should not handle personal data without the user's consent. In addition, companies may be limited as to the data transferred overseas. Earlier, the Ministry of Industry and Information Technology required companies to strengthen the safety of automated and assisted driving technologies. 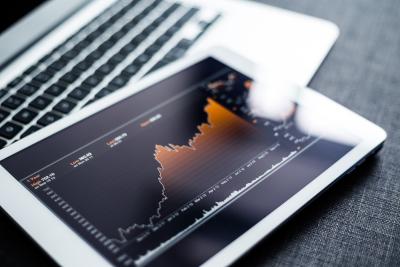