JD Shares Bump Despite Slowest Growth Yet
Although the e-commerce giant posted its slowest growth on record, its stock price was lifted on Tuesday. 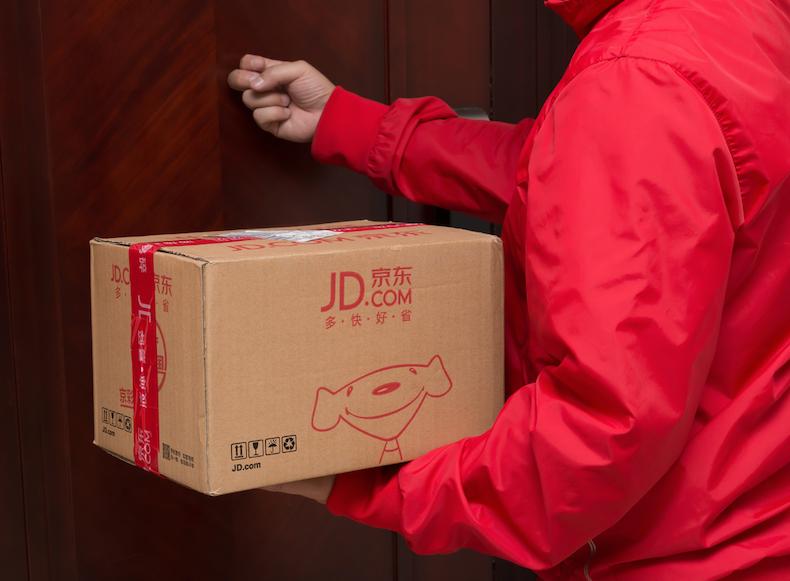 Investors didn't seem deterred by the news, however, as JD (Nasdaq: JD ; HKEX: 9618) shares went up in New York and Hong Kong. The company was likely saved by its above-par performance in other ways.

On a call with analysts, JD.com chief executive Xu Lei called the second quarter of 2022 "the most challenging quarter since we're listed."

The company largely credited the pandemic's resurgence earlier this year for its challenges.

Despite the damage done by the pandemic, JD.com reported getting some recovery through its sales from China's annual 618 shopping festival. It also started overseas expansion with a warehouse in Los Angeles.

JD was also hit by side effects of China's regulatory crackdown, but it managed to fare better than some of its peers.

Although JD managed to dodge harsh treatment from Beijing, it's still feeling pressure overseas. JD.com was named alongside dozens of other Chinese companies at risk of delisting from Wall Street.

Audit talks have remained stale, but Beijing is slowly shifting its attitudes since the height of its regulatory crackdown last year. Regulators aren't going easy on companies, but officials have recently made positive remarks towards the tech and financial sectors.

With new hope that the government will support companies in the wake of its crackdown, investors' attitudes towards Chinese firms could be shifting.

Despite a difficult year and continued market disruptions, JD has managed to stay afloat and even foster growth in multiple areas.