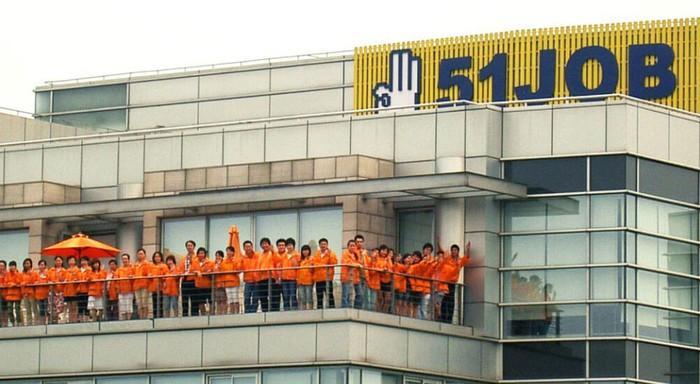 (CapitalWatch, Nov. 11, New York) Chinese HR company 51job Inc. (Nasdaq: JOBS) regained some ground in trading Thursday on the news that the regulators' review of its privatization deal is proceeding.

Shares in JOBS traded about 4% higher in the afternoon, at $54.26 apiece. That was still a significant decline from a week ago – on Monday, the Chinese company dropped to a 52-week low of $50.61 from $67.15 a share. This occurred on 51job's announcement that the buyer consortium, as formed earlier this year, is in talks with the regulators and the closing of the offering is indefinite.

"The consultation process by these buyer consortium members is currently ongoing and a clear timeline to its completion cannot be provided at this time," 51job said on Monday.

However, today's reports that China's State Administration for Market Regulator is reviewing the privatization deal shined new light on the company.

The buyout offer, as accepted by the board in June, is to take 51job private at $79.05 per American depositary share. The buyer consortium includes chief executive officer Rick Yan, DCP Capital Partners II, L.P., and Ocean Link Partners Ltd. The privatization was expected to take place in the second half-year, but regulatory bumps are yet to be overcome.

Separately, another Chinese company seems to approach the resolution of a regulatory review. Reuters reported on Thursday that the apps of Chinese ride-hailing giant Didi Global (NYSE: DIDI) may restart by the year-end at the conclusion of the regulators' probe.

As the medium reported, Didi is prepared to pay penalties of up to 10 billion yuan and said it's cooperating with the cybersecurity regulators, while the approaching relaunch of its apps is just a rumor.