Ruble the Best Performer as Russia Pushes Fixed Rate on Western Oil Buyers
Russia's central bank has implemented a series of strong measures to support the ruble. So far, they are working.
Anna Vod May. 12, 2022 00:10 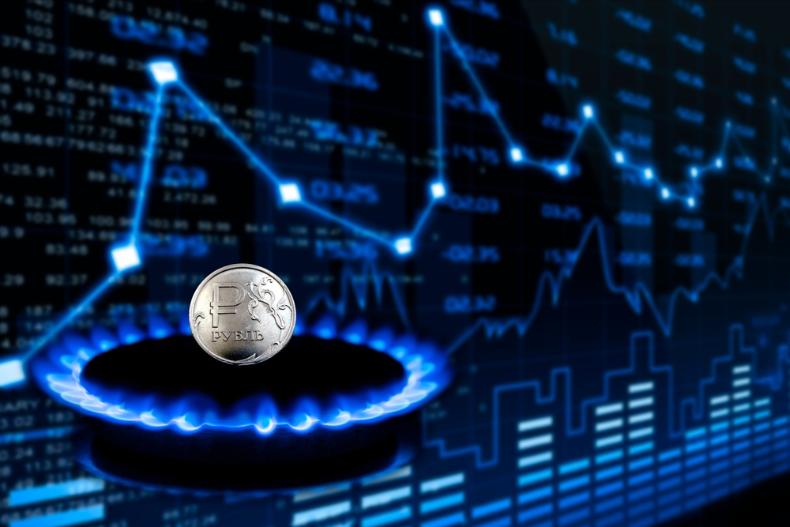 (CapitalWatch, May 11, St. Petersburg) Two months and a half into Vladimir Putin's war on Ukraine, the ruble hit its two-year high. Considering the ratio was a dollar to 100 rubles in March after the invasion, and seeing the rising retail prices in Russia, how is this possible? Here are some of the currency control measures Russia took to raise the demand for the ruble and support the market and the economy.

Before Feb. 24, the day Putin invaded Ukraine, it was 78 rubles to a dollar, and it skyrocketed to as high as 135 rubles in early March. Last week, the dollar was worth just under 65 rubles in Russia – though no end to the war is in sight and the sanctions only worsening.

As of Wednesday, the ratio rose to 69 rubles for a dollar – still significantly better than the market has witnessed recently. Bloomberg has just called the ruble the year's best-performing currency after gains of 11% against the dollar year-to-date.

The improvement was achieved thanks to strong measures by Russia's central bank. Specifically, banks stopped selling dollars and other foreign currency in exchange for rubles for the period of six months, to expire on Sep. 9. In addition, a limit of $10,000 was imposed on withdrawals from hard-currency bank accounts, with any additional withdrawal to be made in rubles.

Further, borrowers of foreign creditors were mandated to make payments on loans in rubles, regardless of the initial currency of the loan. Russian lenders facilitating such loans are prohibited to declare cross-default.

Market players are expecting Russia's central bank to ease the curbs on foreign exchange trading. The country had already lessened some forex measures for exporters in sectors outside energy and commodities. They are still required to sell foreign currency upon receipt, however, in a so-called "repatriation" rule.

Earlier, Vladimir Putin demanded Western banks pay for Russian gas in rubles. This would mean they accept the rates fixed by Russia's central bank – and Germany's VNG and Uniper have already taken steps to proceed. Even as the West proceeds to impose an embargo on Russian gas and oil in yet another round of sanctions, the timing of the complete embargo is unclear, with some nations like Hungary and Slovakia putting off the deadline to 2024.

The Moscow Exchange reopened Wednesday after a two-day holiday in remembrance of the Second World War. Last week, Britain revoked the status of the MOEX as a recognized stock exchange, meaning new investments will not get tax relief. Britain said the move was a response to Russian banks' restrictions on the selling of securities by foreigners.

"There is no case for new investments in Russia," Lucy Frazer, financial secretary to the UK Treasury, said.