Shengfeng Logistics, Among China's Top 50, Seeks Nasdaq IPO
The company expects to raise up to $40 million to improve its network of sorting centers in China.
Anna Vod Nov. 04, 2022 00:43 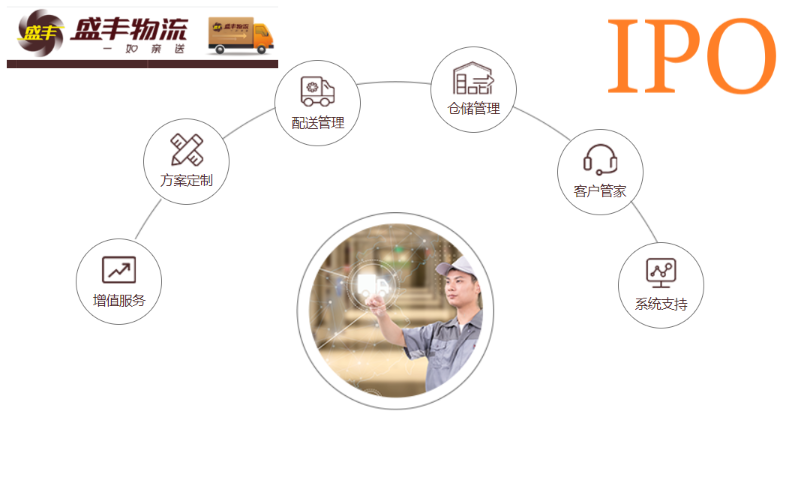 (CapitalWatch, Nov. 3, New York) A Chinese IPO in New York is a rare sight these past few months, but there's no lack of applicants nevertheless. Chinese logistics and supply chain management company Shengfeng Development Ltd. has applied to raise up to $40 million in a New York initial public offering.

Operating since 2001, Shengfeng provides customized storage and delivery solutions to companies in China. The entity seeking a U.S. listing is offshore; Shengfeng operates through a VIE structure with headquarters in China's Fuzhou, Fujian province.

The contract logistics market in China is expected to grow from 1,154.9 billion yuan in 2019 to 1,709.9 billion by 2024, according to Frost & Sullivan. Citing the same market research firm in its securities filing, Shengfeng said it was among China's top 50 B2B independent contract logistics providers. China Federation of Logistics & Purchasing has ranked Shengfeng 32nd in the country in terms of service quality.

By segment, Shengfeng said its business is split into B2B freight transportation; cloud storage; and value-added services. It operates its fleets directly through its VIE's subsidiaries, as it does its sorting centers, cloud-based order fulfillment centers, and service outlets, the prospectus stated.

Shengfeng intends to use the proceeds from its U.S. offering to expand its sorting centers, increase the number of its OFCs and service outlets, expand its truck fleet, upgrade its existing equipment, and improve its IT infrastructure.

The company is offering 8 million ordinary shares at the expected price range of $4 to $5 apiece.

Univest Securities, LLC is serving as the underwriter on the listing, expected to occur on the Nasdaq Capital Market.

While the market sags under inflation, the war in Ukraine and other macro troubles, Chinese IPOs are rare to witness on Wall Street. Yet companies in China continue to pursue New York listings with renewed hopes after the China Securities Regulatory Commission and China's Ministry of Finance signed an agreement with the U.S. PCAOB on the inspections and investigations of PCAOB-registered public accounting firms in China and Hong Kong.