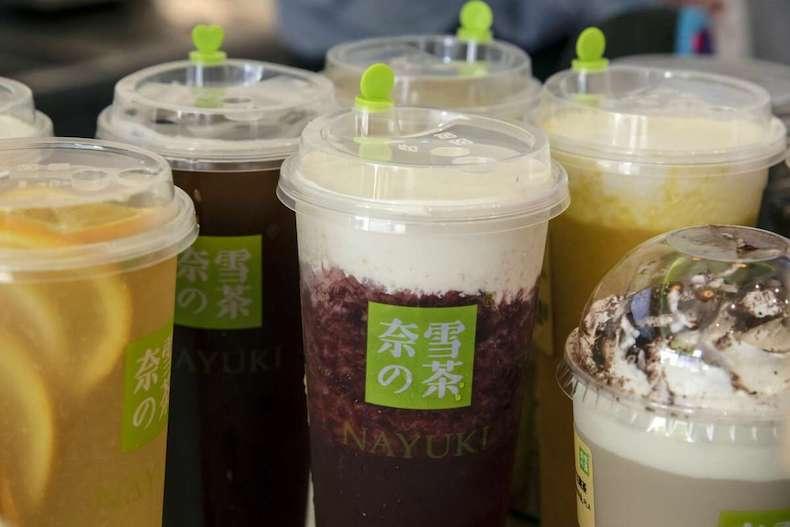 (CapitalWatch, June 30, Hong Kong) The tea brand Nayuki celebrated the first anniversary of its debut on the Stock Exchange of Hong Kong by giving out virtual shares in its company for every tea drink.

Customers can also redeem their coins for gifts at the virtual Nayuki Coin Mall.

Founded in 2015, Nayuki is a tea brand with more than 350 cafes located across 51 cities in China. The brand promotes sustainable and locally sourced products for its food and provides a "bright, warm, and relaxing" experience in its physical stores.

The company was valued at $3.8 billion upon its IPO last June. The Bloomberg Billionaires Index shows that the couple who founded Nayuki Holdings Ltd., Peng Xin and Zhao Lin, are worth $1.1 billion each.

Nayuki has seen lackluster performance since its IPO in Hong Kong. Company shares have dropped just over 17% year-to-date. Shares also fell Thursday, down around 1% trading at HK$6.65.

The decision to give out virtual stocks is controversial. Because Nayuki's virtual shares are connected to the fluctuations of real stocks, it could cause suspicions that the company is violating laws.

In the company's Environmental, Social, and Governance report released May 31, Nayuki said it attaches "great importance to the appeals of all stakeholders" and values thorough transparency.

In an April report about the company, Nayuki said it expects to make a recovery from the impacts of China's pandemic lockdowns. But companies across the board are now being hit with new economic obstacles and declining consumer confidence.

Restaurants have struggled significantly as an economic slump weighs on consumer confidence. Nayuki said that during the lockdowns in China, it assisted affected employees and provided other means of community support.