The anticipated ban on the world's top short-video sharing platform TikTok and China's No. 1 social app WeChat did not go into effect, thanks to a preliminary injunction from a U.S. judge.

The Trump administration got a slap on the wrist from Judge Carl Nichols of the U.S. District Court for the District of Columbia. On Sunday, he blocked the U.S. President Donald Trump's ban on ByteDance's TikTok, scheduled to go into effect hours after the decision.

Lawyer for TikTok, John Hall of Covington & Burling, argued at a telephone hearing that the ban, which prohibited any transaction with the app by an American business, was akin to silencing speech, as reported by NPR.

In August, the Chinese company filed the lawsuit, calling the ban "unconstitutional" and arguing the defendants failed to present any evidence to back the order, among other things. The defendants are Trump, U.S. Secretary of Commerce Wilbur Ross, and the Department of Commerce.

Judge Nichols has questioned the ban, requesting evidence from the defendants that TikTok shares user data with Beijing.

In an opinion, Nichols wrote, "The government has provided ample evidence that China presents a significant national security threat, although the specific evidence of the threat posed by (TikTok), as well as whether the prohibitions are the only effective way to address that threat, remains less substantial."

Separately, Judge Laurel Beeler in California issued a similar statement in the WeChat case. She wrote, "While the government has established that China's activities raise significant national security concerns — it has put in scant little evidence that its effective ban of WeChat for all U.S. users addresses those concerns."

Another hearing on WeChat is scheduled for mid-October.

Other restrictions against the two apps may yet take place on Nov. 12, if Trump presents ample evidence that they indeed are dangerous.

A week prior, some form of a compromise was reached on TikTok's operations in North America, though the details continued to be mulled. Software company Oracle (NYSE: ORCL) and Walmart (NYSE: WMT) have reached an agreement with ByteDance to take partial control of the U.S. operations in a new entity, TikTok Global. However, disputes continue over the app's ownership.

TikTok counts about 100 million users in the U.S. Of those, 50 million are daily active users, according to lawsuit filings cited by the CNBC. Globally, the app had 700 million monthly active users in July.

Earlier this year, the platform had lost India – its largest market, where it had 120 million active users. New Delhi likewise cited national security concerns which Washington had continuously used against its Chinese tech threats.

WeChat counts 1.2 billion users worldwide. In China, it is an entire ecosystem, through which users not only socialize, but make payments, order taxi, shop online and order delivery. If the ban on the app does go into effect for American businesses, those with operations in China may meet significant obstacles. 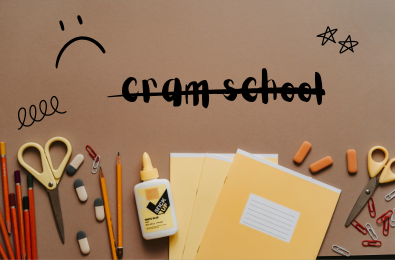