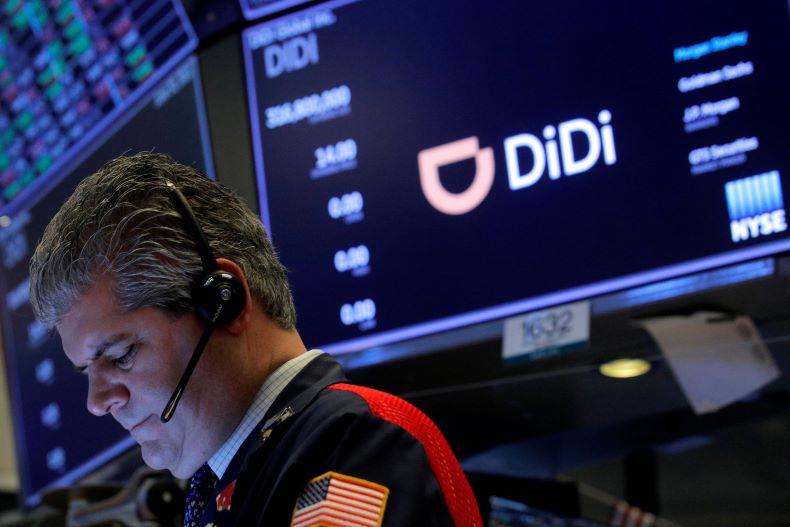 Didi has been under investigation by the CAC since the company's massive initial public offering in New York almost a year ago. The company's apps were removed from Chinese app stores, but the CAC said they will now return.

A year ago, Beijing asked Didi not to go through with the listing ahead of its $4.4 billion IPO due to national security concerns.

In recent months, Chinese officials have signaled an easing of the crackdown, bringing new hope to Chinese tech ADSs that have been devastated over the past year.

On Monday, Didi shares skyrocketed over 50% intraday and were up over 35% in the afternoon. But that might not mean much for the company.

Just a few weeks ago Didi shareholders voted for its delisting from the New York Stock Exchange. The company said it will file on or after June 2, with the delisting expected to go into effect within 10 days of filing, but it's not clear whether it's pulled the trigger yet.

Even with the boost, Didi still faces pressure from China. For months, the company has implied its intentions to delist, and it has been pursuing a Hong Kong listing that's now on ice. The company also remains under investigation by the U.S. Securities and Exchange Commission.

Although Didi must grapple with its down problems, the well-received news reverberated across the sector on Monday.

U.S.-listed Chinese tech stocks surged in the wake of the investigation's close. This is one in a series of bumps for the sector as signs that Beijing is wrapping up its regulatory crackdown come in.

The two companies whose investigation ended alongside Didi, Full Truck Alliance Co (NYSE: YMM) and Kanzhun Ltd (Nasdaq: BZ), were also lifted by over 20% on the news.

Although today's rally is one of the strongest since Beijing's crackdown again, it's not clear if this will truly bring Chinese ADRs out of the woods.

The end of Didi's investigation was certainly a milestone in rebuilding confidence for Chinese tech stocks. But overall market conditions still weigh heavily on companies, and there's no certainty that the sector will continue its upward trajectory.