Your Week In Brief
America's Binary Election: The End of the Market or the End of Democracy?
Gregory Bergman Feb. 15, 2020 06:00 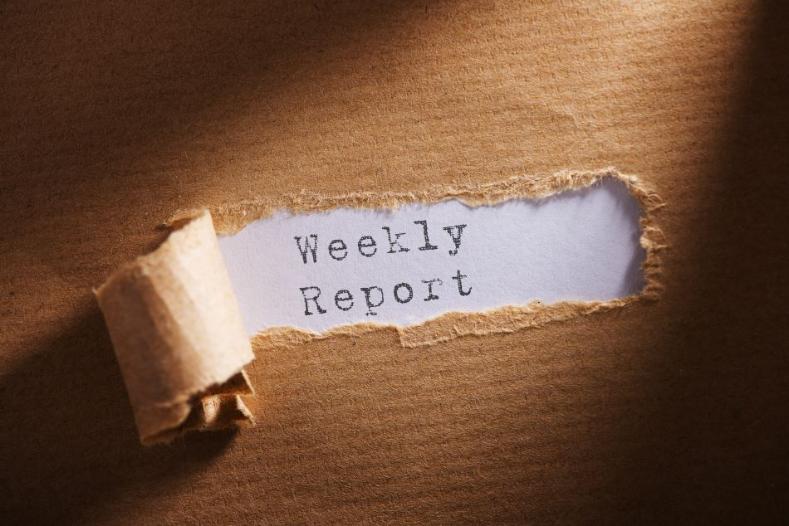 After winning the New Hampshire primary – and with Warren and Biden in free-fall – the Democratic presidential nomination is Bernie Sanders' to lose. While he lost in Iowa to small-town mayor and multilingual wunderkind, Pete Buttigieg (whom he barely beat in New Hampshire), it is nevertheless clear that Sanders will emerge as the presumptive nominee after "Super Tuesday."

First, however, Sanders will have to weather a predictably poor showing in South Carolina, where former Vice President Joe Biden, in virtue of his significant African American support, should run the table. Buttigieg will do terribly there, having failed to gain support from African American voters which make up more than half the democratic electorate in the state. One reason for his lack of black support – and the one media have no problem covering – is backlash from Buttigieg's controversial decisions as mayor of the heavily African American city of South Bend, Indiana, including his firing of an African American police chief. The other reason blacks won't vote in droves for "Mayor Pete" – the reason rarely covered by those in media due to fears of being accused of racism – is that he is gay. Support for gay marriage among African-Americans is significantly lower than it is amongst other racial groups, with only some 51% in favor, as compared to 64% of whites and 60% of Hispanics, respectively, according to Pew Research findings in 2017. However, this is changing fast. In 2007, just 26% of African Americans supported same-sex marriage. Still, it isn't changing fast enough, and it doesn't take the Pew Research Center to tell you that same-sex marriage support doesn't rise the farther south of the Mason-Dixon Line you go. This may be only one factor why Buttigieg will not win the African American support needed to secure the nomination, but it is one factor too many for this inexperienced candidate to overcome.

There is a lot to like about Bernie, and I have liked him for over a decade. He's consistent. He's authentic. He's uncompromising. And he's the only one who can call out Trump's New York braggadocios BS with similar borough-born bluntness. But $59 trillion in healthcare spending, no matter how you figure it, is $59 trillion in healthcare spending. True, the U.S. will spend $52 trillion on total healthcare costs if we do nothing, but that is still an additional $7 trillion in healthcare costs over 10 years; $32 trillion of it, under his plan, will be spent by the federal government. This is a central government venture so big and so expeditiously implemented, Marx himself might faint. Medicare-for-all, a job for everyone that wants one, an ambitious green energy plan – these are just some of his policy promises. Should the Dems control the Senate and keep the House, Sanders will be the most transformative Democratic president since FDR – with equally high if not higher taxes. So much of the bull market relies on perception, and Wall Street's perception of Sanders is that he will kill the market. This is a self-fulfilling prophecy bound to materialize irrespective of the policies Sanders implements.

On a personal note, while I agree in principle with Sanders on nearly every major issue, such as the need for major healthcare reform and making putting an end to climate change as a national and international priority, I was routing for Andrew Yang, whose central policy of Universal Basic Income is, I believe, the single best policy proposition to end poverty, rebuild the middle class, and save the divided nation -- all the while growing the economy from the bottom up and buffering the American worker from the inevitable robot-apocalypse. Also, he is smart and funny and Asian and doesn't wear a tie. But sadly, the Yang Gang has ceded its hard-won territory, for this election season anyhow. Sanders will pick up the majority of Yang's small number of voters.

Last Democratic President for a While or Last President Ever?

Should the other choice in this binary election, President Donald Trump, however, win another norm-breaking, law-evading, power-abusing, democratic-institutions-corroding, positively prepubescent four more years, we may not see any other president, red or blue, ever again. At least not if we use the term "President" in a way that has been constitutionally described or even loosely understood.

No matter what happens, investors should start selling after November 10.

If Sanders wins, sell your positions and move your money out of the country and avoid as much of the punishing taxes coming your way. Also, buy more art and fewer fancy cars as rich Europeans did when many continental countries implemented wealth tax later rescinded for the following reason: it is a lot harder for the government to value a Botticelli than a Bugatti.

Before you sell off big, take a look at stocks in the green energy sector; avoid the healthcare sector especially private insurers like the plague. Some winners might be major infrastructure companies if Sanders does things the right way and develops a public-private partnership to implement his new, new deal. Abraham Lincoln founded the Union-Pacific railroad and Eisenhower built the U.S. interstate system, both of whom were Republicans for what it is worth. If the U.S. can learn anything from its own history and the more recent history of its main economic competitor, China, it is that the government has a role to play in spurring the growth of new industries and large-scale projects. The internet was indeed built (kinda) by Al Gore, along with all that military spending which, though wasteful in many ways, developed technologies that bled its way into the private high-tech sector led by the United States. Speaking of larger-scale government investment, next week, CapitalWatch's Belinda Zhou and Anthony Russo will cover China's Belt and Road Initiative, including some of the public companies that will continue to play a major role in the vast undertaking.

If Trump wins, well, I suggest that you buy across the board for the most part and ride the upswing the markets will certainly see after a big dip before the election, a dip based on the fear of a Sanders victory. The closer we inch towards the election, the louder pro-Trump ads featuring a Soviet-style Sanders goose-stepping towards economic oblivion will play in their heads. After Trump is reelected, I suggest you sell anything and everything you have ever owned (slowly so as not to scare the markets too much) over the next few months. Then, move not just your money – but also yourself and your family, as far away from this unraveling republic as you can before shit starts to get even weirder.

And Now Back to Your Regularly Scheduled Chinese Program...

The coronavirus scare reemerged this week after what new diagnostic testing revealed to be a substantially worse problem than had previously been thought – or at least reported. But these renewed fears, if only temporary, might offer significant upside potential for investors who want to bet on Chinese companies in the long term. Indexes fell across the board this week, as investors on both sides of the Pacific await further news on just how bad the virus gets; March will be a critical month. If the virus continues to spread through the dawn of Spring, it will be bad news for Chinese and world markets alike. There are some winners though as we like to cover every week, including some Chinese entertainment stocks.

To wit: Netease (Nasdaq: NTES) continued to see its stock rise even after – or arguably because of – renewed virus fears. The worse the virus gets (within reason – you can't play a video game or watch a movie if you aren't alive), the better the stock might perform. It has shown significant volatility, trading up hills and down valleys and a weekly and even a daily basis. But if you had bought the stock back in July 2019 and were still holding, you'd see an appreciation of more than $120 per share. Not bad. There are some other plays worth looking at in CapitalWatch's industry coverage this week. Read the full article here: https://www.capitalwatch.com/article-4992-1.html.

Among other gainers was Happiness Biotech Group Ltd. (Nasdaq: HAPP) which soared 23% Thursday to $4.31 per ADS. The biotech company said on Jan. 28 that revenues from its nutritional product that improves body resistance ballooned more than 100% in January.

The Storm Before the Calm?

No federal government is immune to the tendency to wash its hands of responsibility, and blame local authorities, instead. Beijing acted no different this week when it sacked two local senior officials – Jiang Chaoliang, the secretary of Hubei Province, and Wuhan's party boss Ma Guoqiang. But, as I wrote last week, Beijing has been far more forthright – or so it seems – about the nature of the epidemic than anyone would have expected. This is good news, and hopefully President Xi Jinping's efforts to clean Wuhan's dilapidating house isn't just an attempt to deflect blame from the federal to the local level, but a real attempt at ridding the region of incompetent leadership. The better the diagnostic tests, the more diagnoses we will see in the short term. In the meantime, companies that have seen their stock fall as of late due to the outbreak might be misdiagnosed as a bad long term investment play. Treat each company like doctors should treat each patient; individuals with their own unique history, their own unique issues, and their own unique ability to fight off unexpected threats. 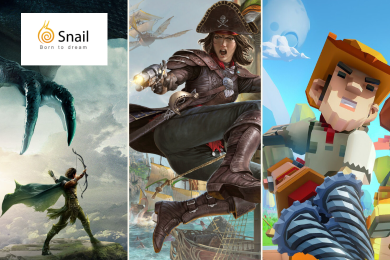 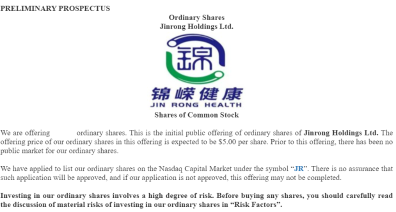